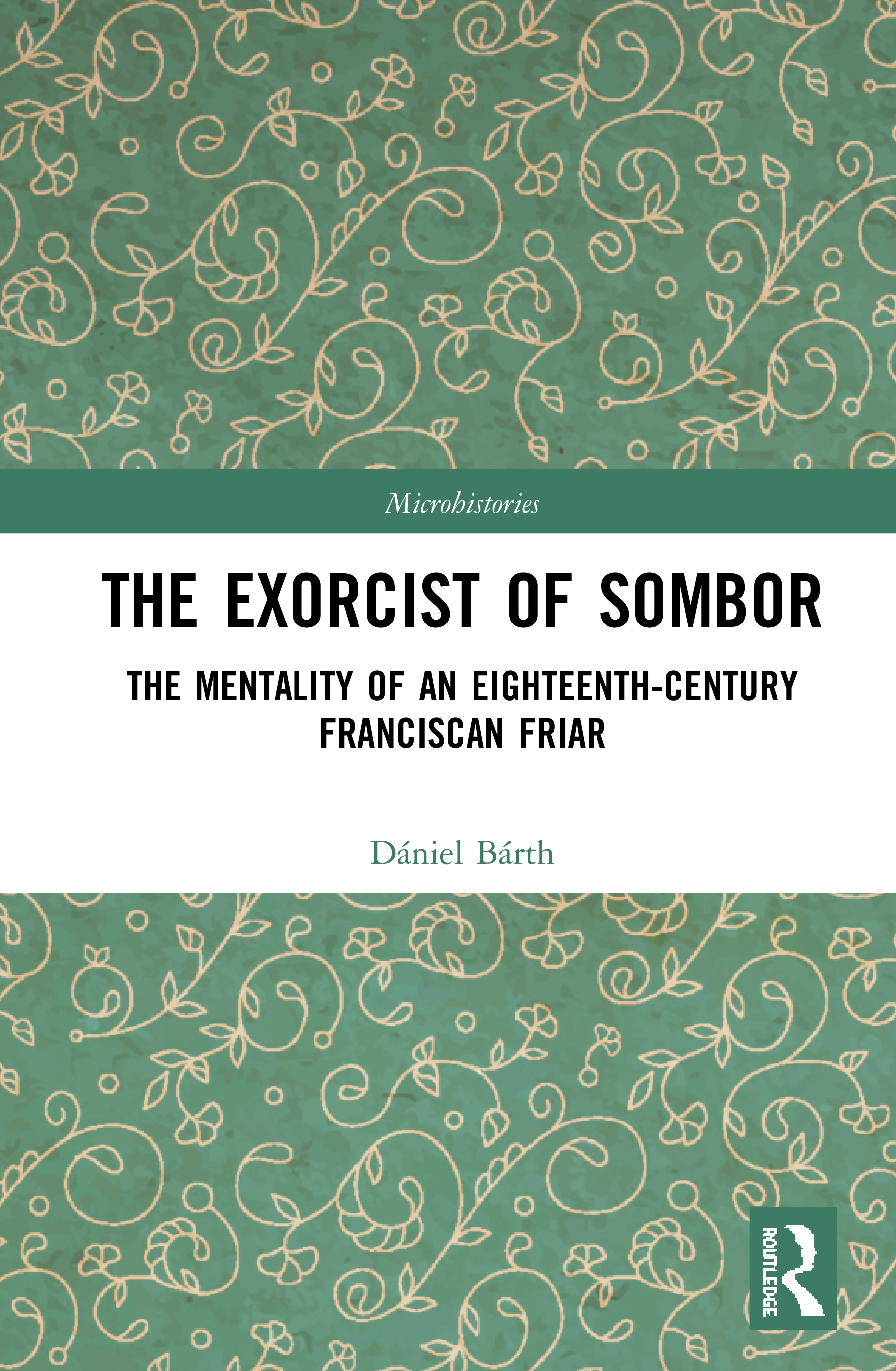 The Exorcist of Sombor

The Mentality of an Eighteenth-Century Franciscan Friar, 1st Edition

The Exorcist of Sombor examines the life course, practice and mentality of an eighteenth-century Franciscan friar, based on his own letters and documentation, creating a frame around the tightly packed history of events that took place between 1766-1769, and analysing the series of exorcism scandals that erupted in the Hungarian town of Sombor, from the perspectives of social and cultural history.

The author employs a method which reflects historical anthropology, the history of ideas, and the influence of Italian micro-history. Based on the activity of an exorcist priest in the early modern period, the documents of the ecclesiastical courts and a considerable body of autograph correspondence are thoroughly examined. Analysing these letters gives the reader a chance to come into close proximity with the way of thinking of a person from the eighteenth century. The research questions in connection to the documentation aim to identify the causes for the conflict. How was it possible to have ‘correct’ and ‘wrong’ methods of exorcism within the practice of one and the same church? What sort of criteria were used when certain previously accepted practices were dubbed superstitious in the second half of the eighteenth century? What were the changes that took place in the attitude of priests and friars within the ecclesiastical society of the period? How can a conflict be focussed on a practice (healing by exorcism) which has roots going back thousands of years? How many different variants of demonology existed in the clerical thinking of the age?

As a highly accomplished source analysis within micro-history, The Exorcist of Sombor will be of great interest to early modern historians, anthropologists and culture researchers interested in microhistory and themes such as religion, magic, occultism and witchcraft.

I. Splinters of a Biography. The Life Story of Petrus/Rochus Szmendrovich (1727-1782)

III. A Town on the Boundary between Western and Eastern Christianity: Religious and Ethnic Plurality at Sombor in the Eighteenth Century

IV. Clerical History from Beneath. Considerations of a Monastic Order and a Diocese in the Background of a Conflict

V. The Friar who Heals

VIII. The Background of a Conflict: the Catholic Enlightenment and Counter-Enlightenment in eighteenth-century Hungary

IX. The Humblest Servant. Subjective Impressions about the Reflection of an Eighteenth Century Priest’s Personality

Dániel Bárth is Associate Professor at Eötvös Loránd University, Budapest. He is also Head of the Department of Folklore and Head of the Doctoral Program of Hungarian and Comparativ Folkloristics in the Doctorschool of Literature Sciences. His research interests include archival-historical folkloristics; ethnology of religion; liturgical history and folkloristics; popular culture and everyday life in early modern Hungary; and lower clergy and local society.

Microhistories is open to books employing different microhistorical approaches. Global microhistories aimed at grasping world-wide connections in local research, social history trying to find determining historical structures through a micro-analysis and cultural history in the form of microhistories that relate directly to large or small scale historical contexts are equally welcome. We will also publish interesting stories, bringing the everyday life and culture of common people of the past close to the readers, without the aspiration of finding answers to general "big questions" or relating them to the grand narratives of history. In other worlds, we plan to have the quality of the manuscript deciding its fate. The series is open to publishing both theoretical and empirical works. It is, indeed, often hard to separate the two, especially in microhistory. However, our main focus will be on empirical monographs which are likely to communicate stories from the past which will capture the imagination of our readers. The geographical scope of the series is global and so non- European works or those which cross territorial boundaries are welcome. Any scholar who wishes to contribute to the series will be asked to make sure that they address important issues that can be researched with the methods of microhistory.