The Finite Element Method in Heat Transfer and Fluid Dynamics

The Finite Element Method in Heat Transfer and Fluid Dynamics

This book follows the tradition of the bestselling previous editions, noted for their concise explanation and powerful presentation of useful methodology tailored for use in simulating CFD and CHT. The authors update research developments while retaining the previous editions’ key material and popular style in regard to text organization, equation numbering, references, and symbols.

This updated third edition features new or extended coverage of:

With its presentation of realistic, applied examples of FEM in thermal and fluid design analysis, this proven masterwork is an invaluable tool for mastering basic methodology, competently using existing simulation software, and developing simpler special-purpose computer codes. It remains one of the very best resources for understanding numerical methods used in the study of fluid mechanics and heat transfer phenomena.

J.N. Reddy earned a Ph.D. in Engineering Mechanics from the University of Alabama in Huntsville, worked as a Postdoctoral Fellow at the University of Texas at Austin, was Research Scientist for Lockheed Missiles and Space Company during l974.75, and taught at the University of Oklahoma from 1975 to 1980 and Virginia Polytechnic Institute & State University from 1980 to 1992. Currently, he is a Distinguished Professor and the inaugural holder of the Oscar S. Wyatt Endowed Chair at Texas A&M University, College Station. Dr. Reddy has published over 400 journal papers and 16 textbooks on theoretical formulations and numerical simulations of problems in solid and structural mechanics, computational fluid dynamics, numerical heat transfer, computational biology, geology and geophysics, mechanics of nanosystems, and applied mathematics.

D.K. Gartling is a senior scientist in the Engineering Sciences Center at Sandia Nationa Laboratories, Albuquerque, New Mexico. He earned his B.S. and M.S. in Aerospace Engineering at the University of Texas at Austin and completed the diploma course at th von Karman Institute for Fluid Dynamics in Brussels, Belgium. After completion of his Ph.D. in Aerospace Engineering at the University of Texas at Austin, he joined the technical staff at Sandia National Laboratories. Dr. Gartling was a Visiting Associate Professor in the Mechanical Engineering Department at the University of Sydney, Australia, under a Fulbright Fellowship, and later he was a Supervisor in the Fluid and Thermal Sciences Department at Sandia National Laboratories. Dr. Gartling has published numerous papers dealing with Þnite element model development and finite element analysis of heat transfer and fluid dynamics problems of practical importance. He is the recipient of the 2001 Computational Fluid Dynamics Award from the U.S. Association of Computational Mechanics and is a fellow of the American Society of Mechanical Engineers. Dr. Gartling is presently a member of several professional societies, serves on the editorial boards o several journals, and is the Co-Editor of International Journal for Numerical Methods I Fluids.

"This third edition is an updated and extended version of a bestselling monograph, written by two well-known authors, about numerical simulation of the two disciplines heat transfer and fluid dynamics, closely couple in many engineering and scientific applications, by the finite element method. The text is based on graduate lectures and extended courses for a wide spectrum of engineering students and on own practical experiences. Also professionals in modeling of heat transfer, incompressible viscous flow, and heat convection and corresponding codes can profit from the book."
–– Georg Hebermehl, Zentralblatt MATH 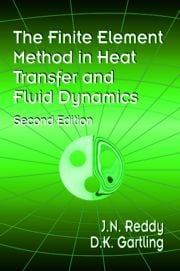 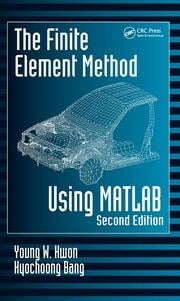 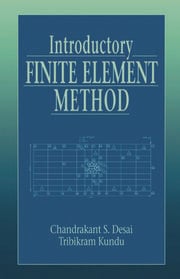