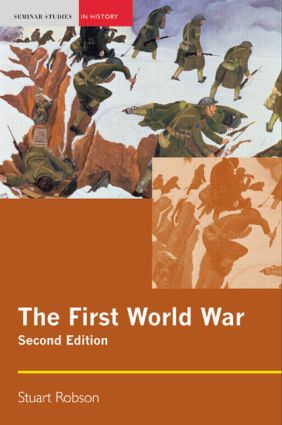 This is a compelling account of the First World War. It offers clear analysis of the war on land, sea, and air, and considers the impact of the war on Europe's civilian population. Issues addressed include the relationship between war and industrialisation, trench warfare, the long term effects of the war on changing social structures, and economic and demographic consequences. The main text is supplemented by a rich selection of primary source material (from songs, soldiers' slang, to diary accounts).

6. 1916: Attrition and the Well-Planned Disaster

PART FOUR: ‘GOING ON OR GOING UNDER’

is Professor Emeritus of History at Trent University, Ontario, Canada.