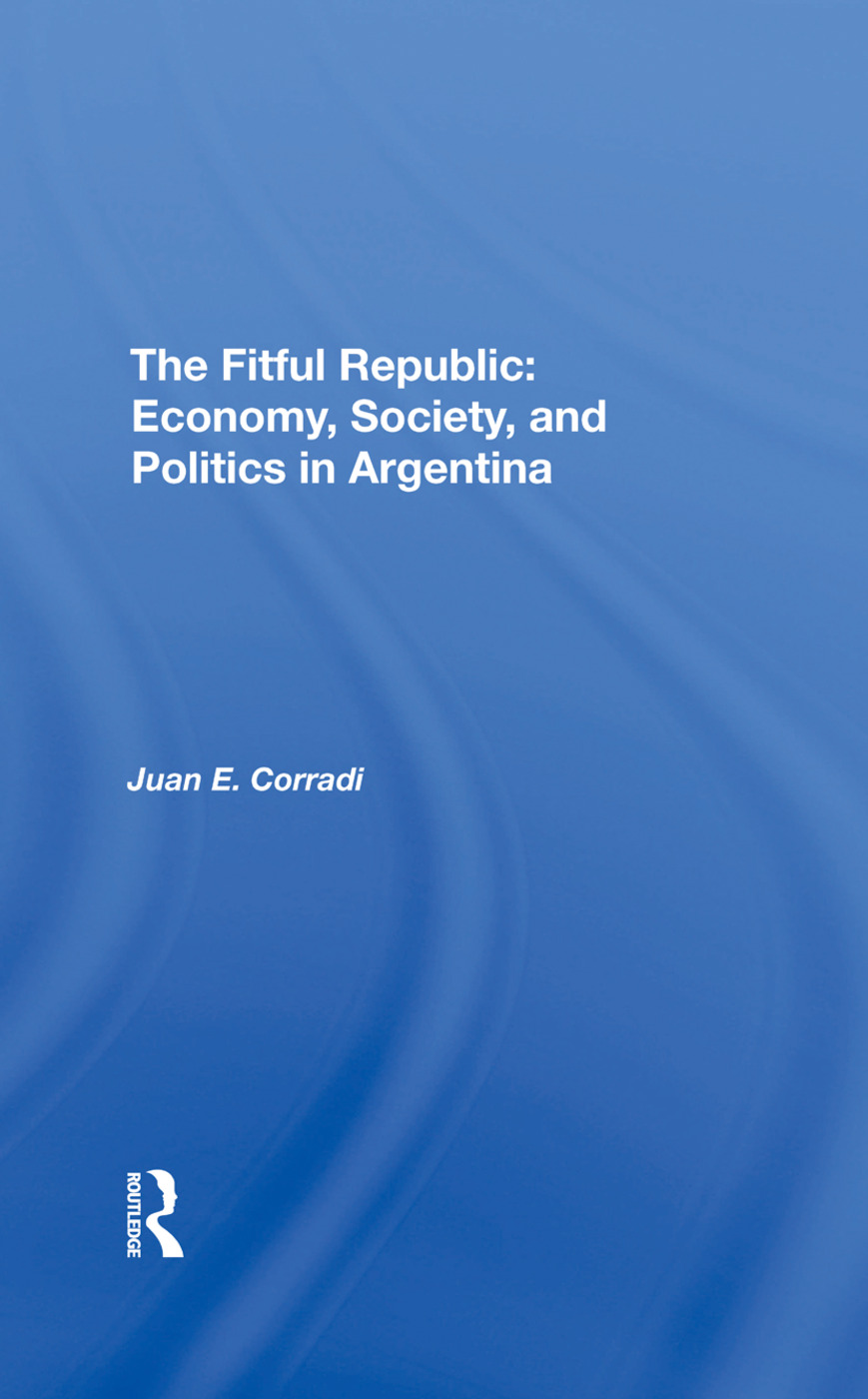 This book explains the varied political roles played by agrarian and industrial groups in the modernization of Argentina. It seeks to account for the attainment of a high level of social complexity that has not, however, been matched by steady economic growth or political stability. What have been the determinants of economic growth in Argentina? In what sense does its capitalist development differ from that of other advanced societies? Under what conditions has that development taken place? The answers to these questions, states Professor Corradi, are woven into a picture of a society that follows a path flanked by authoritarianism and political disorder.

Juan E. Corradi, a native of Argentina, was educated there and in the United States. Currently an associate professor of sociology at New York University, he has also taught at the University of Massachusetts, the University of California (San Diego and Santa Cruz), and Memorial University, Newfoundland. He is coauthor of Ideology and Social Change in Latin America (with June Nash and Hobart Spalding, 1977) and author of Textures: Critical Essays on the Politics of Discourse (forthcoming).