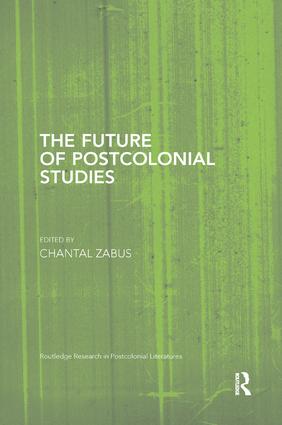 The Future of Postcolonial Studies

The Future of Postcolonial Studies celebrates the twenty-fifth anniversary of the publication of The Empire Writes Back by the now famous troika - Bill Ashcroft, Gareth Griffiths and Helen Tiffin. When The Empire Writes Back first appeared in 1989, it put postcolonial cultures and their post-invasion narratives on the map. This vibrant collection of fifteen chapters by both established and emerging scholars taps into this early mapping while merging these concerns withpresent trends which have been grouped as: comparing, converting, greening, post-queering and utopia.

The postcolonial is a centrifugal force that continues to energize globalization, transnational, diaspora, area and queer studies. Spanning the colonial period from the 1860s to the present, The Future of Postcolonial Studies ventures into other postcolonies outside of the Anglophone purview. In reassessing the nation-state, language, race, religion, sexuality, the environment, and the very idea of 'the future,' this volume reasserts the notion that postcolonial is an "anticipatory discourse" and bears testimony to the driving energy and thus the future of postcolonial studies.

Chantal Zabus is Professor of Postcolonial Literatures and Gender Studies at the University Paris 13 Sorbonne-Paris-Cité, France. She is the author of Out in Africa (2013); Between Rites and Rights (2007); The African Palimpsest (2007); and Tempests after Shakespeare (2002). She is the Editor-in-Chief of Postcolonial Text.