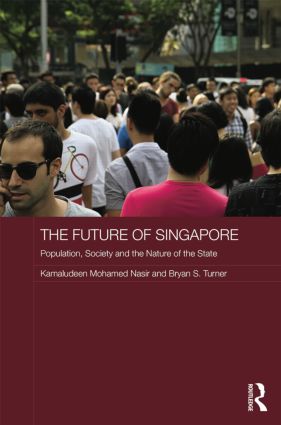 The Future of Singapore

Population, Society and the Nature of the State, 1st Edition

Singapore, like many other advanced economies, has a relatively low, and declining, birth-rate. One consequence of this, and a consequence also of the successful economy, is that migrants are being drawn in, and are becoming an increasing proportion of the overall population. This book examines this crucial development, and assesses its likely impact on Singapore society, politics and the state. It shows that, although Singapore is a multi-ethnic society, migration and the changing ethnic mix are causing increasing strains, putting new demands on housing, education and social welfare, and changing the make-up of the workforce, where the government is responding with policies designed to attract the right sort of talent. The book discusses the growing opposition to migration, and explores how the factors which have underpinned Singapore’s success over recent decades, including a cohesive elite, with a clearly focused ideology, a tightly controlled political system and strong continuity of government, are at risk of being undermined by the population changes and their effects. The book also compares the position in Singapore with other East Asian countries, including Japan, South Korea and the Philippines, which are also experiencing population changes with potentially far-reaching consequences.

‘The emotion that the issuing of the White Paper on Singapore’s Future Population released in Singapore is testament to the salience of population issues to the City State’s Future. This book is a highly readable Neo-Malthusian discussion of the population issue in Singapore, the policy options and their implications. Its broad sweep across the issue has many insights and is an important contribution to the debate, not just in Singapore but in other low fertility contexts.’ – Graeme Hugo, ARC Australian Professorial Fellow, Professor of Geography and Director of the Australian Population and Migration Research Centre, University of Adelaide, Australia

‘This path-breaking work on Singapore's present and future convincingly shows why and how population issues should be analyzed in an innovative socio-political perspective.’ – Chang Kyung-Sup, Professor of Sociology, Seoul National University, Korea

‘There is a seldom recognized time bomb in most of the world’s richest nations today; the reverse of the post-World War II Baby Boom for North America. Much attention has been given to the problems of over population in the world, but little attention has been given to the long term implications of the current baby bust in wealthy nations. Singapore has one of the lowest total fertility rates in the world, with implications for future economic stability, ethnic diversity, and care for aging populations. Kamaludeen and Turner have written an excellent book uncovering these future problems for wealthy nations with a focus on Singapore, but also others such as Japan, with sinking birthrates and issues involving immigrant population replacement. There is no doubt that other scholars will pick up on these themes for other post-industrial nations in a manner following this ground-breaking book. – Harold Kerbo, Professor of Sociology, California Polytechnic State University, San Luis Obispo, USA

is Assistant Professor of Sociology in the School of Humanities and Social Sciences, Nanyang Technological University, Singapore