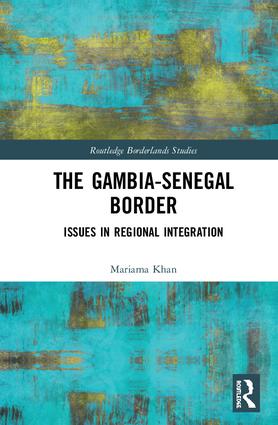 This book interrogates the validity of longstanding claims that Gambians and Senegalese are 'one' people in two countries and explores how that claim intersects with the politics and development needs of the two countries. Half a century after independence, proponents of Senegambian unification continue to campaign on the basis of the longstanding social, cultural and religious ties between Africa's smallest country, The Gambia, and Senegal, the much larger country which almost entirely encircles it. The border between the two former British and French colonies remains one of the starkest examples of colonial geographical bartering, and it continues to serve a dual function as a bridge and a barrier in the social, political and economic relations of the two countries.

The book investigates how the two states are constantly pulled between impulses of cooperation and de-escalation, and a competitive intimacy that disregards kinship ties and re-activates tensions. In particular, the book shows how these interstate dynamics play out across the border itself, where indigenous ideas of relatedness are reflected in the cross-border transport and trade sectors, and in the religious networks that straddle the two countries.

This book's skilful exploration of intersecting macro-level and micro-level relations in the Senegambia region will be of interest to scholars of African politics, regional studies, international development and border studies.

"In this insightful and compelling book, Khan offers a nuanced examination of the contentious border between the Gambia and Senegal. Much can be gleaned from reading her account in this groundbreaking analysis. African politics is replete with problematic borders that were defined arbitrarily and unevenly by European conquest. In this case study of an area that has brought much political focus, Khan deftly navigates the terrain with precision that will create a lasting dialogue in African Studies courses." — Mark Christian, Professor & Chair, Department of Africana Studies, Lehman College – City University of New York, USA

"This book examines issues of cross-border trade, transport, and religious networks, in the Senegal/Gambia borderlands, both in themselves and in relation to politico-economic development. Kinship notions are used to investigate how culture and language affect inter-state relations. The study contributes significantly to the scarce supply of published research on these issues. It is heavily empirical, thereby revealing new perspectives and new areas for further research. It is refreshing." — Jeggan C. Senghor, University of London, UK

"This is a wonderful and essential book on a significant topic: the ways in which African leaders can use affective cultural symbols to build better interstate relations and regional integration. Khan’s book is a major contribution to political thought, African history, and regional integration theory. This book, appropriately positioned away from technocratic economic thinking, is among the finest in terms of bottom-up approach to regional cooperation and inter-state conflict resolution." — Nimi Wariboko, Walter G. Muelder Professor of Social Ethics, Boston University, USA

1. The Politics of Senegambian Kinship Discourses

2. The Political and Economic Context of the Gambia-Senegal Border

4. Politics and the Disintegration of the Common Transport Newtwork, 2000-2015

5. Tactics for Survival: Jakarta, Civil Society and the Media

6. Cross-Border Trade and the Gambia-Senegal Relations

Borderlands are spaces of transition between cultures, societies and states. Often, like in the case of the US and Mexico, they are understood as static territorial lines and buffer zones, subservient to the development of states and state territories. However, borderlands can also be fluid and ambiguous spaces, moulded by processes of economic and political integration or shifting geopolitical dividing lines. Moreover, borderlands cultures can be found far from borders, in cities, multicultural neighbourhoods and diasporic communities. They also exist as both future-oriented geographical imaginations and imaginaries with profound historical roots. Today, globalisation, integration and new transnational forms of communication change the complex interrelationships between state, society, space and borders. Consequently, borderlands become more and more places in their own right, reflecting broader supranational patterns of political, economic and social change.

With this series we encourage inter- and multidisciplinary investigation on borders and borderlands throughout the world. We engage with the political, social and historical richness of borderlands, reflecting their unique (geo)political and cultural significance in contexts of colonial rule, nation-building and integration. The Series will explore, among other things, shifting social and political relations and place-related identities that emerge in borderlands, as well as cross-border interaction and the historical memories of every-day life at borders. With this series, we will both contribute to the rich tradition of North American and European borderlands studies and provide a forum for new growing interest in research on borderlands in Africa, Asia and Latin America.