The Gang Life: Laugh Now, Cry Later examines the criminal gangster mindset and offers gang prevention strategies, using real-world examples to demonstrate a holistic approach toward combatting this surging societal problem. The text outlines the evolution of gang membership from a state of interest, to association, to hardcore "O.G." (Original Gangster) status, and explores the evolution of law enforcement’s multi-pronged approach to combating criminal street gang violence, from the catch-and-release mentality of the 1970s and 1980s to today’s collaboration with private organizations such as Boys & Girls Clubs.

In-depth profiles, case studies, and lengthy histories of gangs, gang members, and their transformations are provided to demonstrate the deleterious effect of gangs on society. Designed for criminal justice students and for practitioners in the field, this text offers readers a holistic approach toward gang prevention from three nationally awarded educators and gang investigators.

Robert Matthew Brzenchek is a Ph.D. student at Capella University with a proposed dissertation focus on gang research. He is an Assistant Criminal Justice Professor in Philadelphia, PA, where he educates the next generation of criminal justice professionals. He received his undergraduate degree from George Mason University and a Master’s Degree from the American Military University.

As a police officer and Navy Intelligence Specialist, Brzenchek has worked with dozens of national agencies, governments, and international organizations, and has performed suppression and intervention techniques with various gangs ranging from MS-13, Bloods, Crips, and Latin Kings. He is a member of the West Point Society of Philadelphia, and Board member of SERAPH. He has published articles on gangs, emergency management, threat assessments, and homeland and international security.

Ben Pieper is a former United States Marine who was honorably discharged from the United States Marine Corps. After leaving the Marines, Pieper joined the Bradenton Police Department; he was later re-called by the USMC and returned to active duty for a tour in Iraq. Once his active duty was completed, he returned to continue his work as a law enforcement officer. Pieper is Co-Owner and Instructor for All Is One International, LLC, as well as a Senior Detective in the Bradenton Police Department Gang Unit.

Garrick Plonczynski has been employed with the Manatee County Sheriff's Office since 1998. He currently is a detective and served in his agency's gang unit from 2002–2015. He is also the Co-Owner and Instructor for All Is One International, LLC. He holds a B.A. in Criminal Justice from SUNY Brockport.

Plonczynski has been the lead investigator on two R.I.C.O. cases and consulted for outside jurisdictions on their racketeering cases. Additionally, he has trained law enforcement across the nation on the threat of gangs and has been considered a subject matter expert on this topic in several high profile court cases. In 2008, he was awarded the award Gang Investigator of the Year by the Florida Gang Investigators Association (FGIA). In 2006 and 2011, the FGIA also awarded Gang Unit of the Year to the gang unit in which he served. 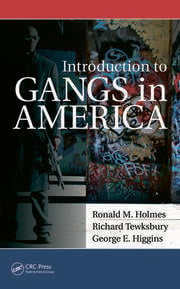 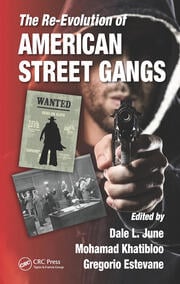 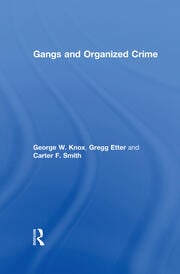