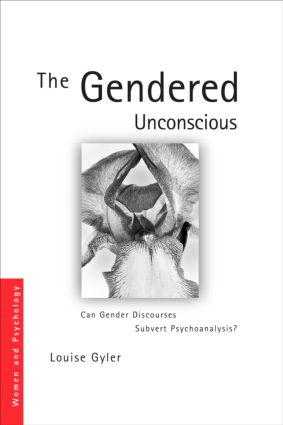 Feminist interventions in psychoanalysis have often attempted either to subvert or re-frame the masculinist and phallocentric biases of Freud's psychoanalysis. This book investigates the nature of these interventions by comparing the status and treatment of women in two different psychoanalytic models: the Kleinian and the feminist models. It argues that, in fact, these interventions have historically tended to reinforce such biases by collapsing the distinction between the gendered minds of individuals and theories of gender.

This investigation is framed by two steps. First, in assessing the position of women and the feminine in psychoanalysis, The Gendered Unconscious explores not only the ways they are represented in theory, but also how these representations function in practice. Secondly, this book uses a framework of a comparative dialogue to highlight the assumptions and values that underpin the theory and clinical practice in the two psychoanalytic models. This comparative critique concludes with the counter-intuitive claim that contemporary Kleinian theory may, in practice, hold more radical possibilities for the interests of women than the practices derived from contemporary psychoanalytic gender theory.

This book is of significant interest to those studying the psychology of women, psychoanalytic studies, health psychology, sociology, gender studies and cultural studies. It will also be of interest to clinicians and candidates of professional psychotherapy and psychoanalytic training programmes.

"The Gendered Unconscious offers a riveting account of how subsequent generations of feminists produced waves of theorizing with the aim of recovering a more complex female subjectivity than the models offered by the heirs of Freudian ego psychology." - Janice Kay Haaken, in Psychology of Women Quarterly

"Gyler's text is dense in its succinct coverage of a number of pertinent psychoanalytic and clinical issues relevant to feminist scholars and clinicians. As such, it is suitable both for readers who are experienced in the field but also for those less familiar with the subject area. Her capacity to critically and intelligently discuss and question contemporary feminist psychoanalysis suggests the book could become pivotal in contributing to and moving on these debates." - Colleen Heenan, University of Bolton, UK, in Feminism & Psychology

"Gyler has given us an erudite, detailed, historical compendium of psychoanalytic thought that encompasses Freud, Klein, and contemporary feminist psychoanalysts." - Ruth S. Fischer, in Psychoanalytic Quarterly

"Louise Gyler provides an excellently well-researched, intelligently written, critical up-date on feminism and psychoanalysis. She systematically exposes the role of gender in the theories and clinical practice of influential psychoanalysts and explicates the gendered perspectives on psychoanalysis developed by leading feminist theorists." - Janet Sayers, Professor of Psychoanalytic Psychology, University of Kent, UK

Louise Gyler is a child and adult psychoanalyst in private practice in Sydney and has a Ph.D in Gender Studies from the University of Sydney. She is a Training Analyst of the Australian Psychoanalytical Society and a member of the International Psychoanalytical Association.

Each book addresses a 'cutting edge' issue, covering topics such as postnatal depression, abortion, pregnancy, sexual violence, mothering, madness or eating disorders. Authors draw on a wide range of theories and approaches – including post-structuralism, social constructionism, psychoanalysis, social cognition, development psychology, and intersectionality. Some books include research data, primarily of a qualitative nature, others focus on theory or practice.

The series provides accessible and concise accounts of key issues in the study of women and psychology, and clearly demonstrates the centrality of psychology debates within women's studies or feminism.
If you are interested in contributing a book to the series, contact the series editor for information about the process of submitting a proposal: [email protected]