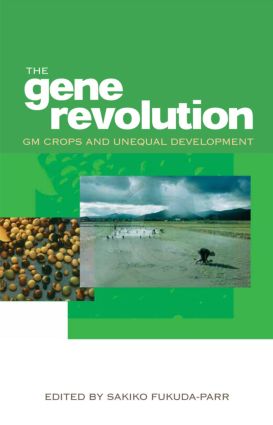 Whether or not to embrace GM technologies is a fundamental and politically charged question facing humanity in the 21st century, particularly in light of rapidly growing populations and the unknown future impacts of climate change. The Gene Revolution is the first book to bridge the gap between thenaysayers andcheerleaders and look at the issues and complexities facing developing and transitional countries over decisions about GM in light of the reality of what is happening on the ground. The first part of the volume looks at the rise of GM crops, commercialization and spread of the technology and the different positions of the USA and the European Union on the GM question and the effect of global markets. The second part consists of country perspectives from Argentina, Brazil, China, India and South Africa, which provide insight into the profound challenges these countries face and the hard choices that have to be made. The final part takes the analysis a step further by comparing developing and transitional country experiences, and charts a future course for government policy on GM that supports growth, sustainability and equity for the many billions of people affected worldwide.

'A much needed antidote to the highly polemical writing on both sides of the this issue' Raymond C. Oppenheiser, President, Oxfam America '…a hugely valuable contribution to the dialogue and debate surrounding the future of genetic technologies for developing countries.' New Agriculturist 'An accessible introduction to the food and environmental policy issues posed by the Gene Revolution … should be required reading!' Vernon W. Ruttan, University of Minnesota 'Shows how biotechnology research and development could be fostered on the principle of social inclusion in access to its fruits … [and] clearly elucidates the pathway to avoiding the addition of the genetic divide to the other divides prevailing globally and nationally' Professor M. S. Swaminathan, Chairman, National Commission on Farmers, Government of India 'An indispensable guide for evidence-based discussions on the institutional aspects of biotechnology' Calestous Juma, Harvard University, USA 'Should the developing world embrace genetically modified crops? Should NGOs and development advocates get fully on board? Read this book to understand why the answer is, absolutely, yes … and to explore what the conversation now should be really about: the policy and institutional fixes in patents, licensing, seed marketing, biosafety regulation, and more that will ensure the potential benefits of the agro-tech revolution reach the world's poor' Nancy Birdsall, President, Center for Global Development

Sakiko Fukuda-Parr is a Visiting Professor at the Graduate Program in International Affairs, The New School, in New York City. She was Fellow at the Kennedy School of Government, Harvard University, and from 1995-2004 she was Director and chief author of UNDP‘s Human Development Reports including the 2001 Report: Making New Technologies Work for Human Development.