The Geographies of Threat and the Production of Violence: The State and the City Between Us

The Geographies of Threat and the Production of Violence exposes the spatial processes of racialising, gendering, and classifying populations through the encoded urban infrastructure – from highways cleaving neighbourhoods to laws and policies fortifying even more unbreachable boundaries. This synthesis of narrative and theory resurrects neglected episodes of state violence and reveals how the built environment continues to enable it today within a range of cities throughout the world. Examples and discussions pull from colonial pasts and presents, of old strategic settlements turned major modern cities in the United States and elsewhere that link to the physical and legal structures concentrating a populace into neighbourhoods that prep them for a lifetime of conscripted and carceral service to the State.

1.The State Between Us: An Introduction

2.The History of the City: The Identification of Populations

3.The Design of the City: The Identification as Threats

4.The Society of the City: The Identification for Violence

5.The City Between Us: A Conclusion

is just a son of Chicago and a subject of empire, while dwelling within notions of statelessness, settler colonial mentality, and anti-capitalism. He also functions in the State as a Professor in the Departments of American Studies and Geography in the College of Arts + Sciences at Indiana University, and soon will be a Department Head in the College of Natural Resources at North Carolina State University.

"Covering an exhaustive historical, geographical, and intellectual sweep, The Geographies of Threat and The Production of Violence traces the genesis of today’s most urgent crises to the formation and function of cities. Rasul A. Mowatt makes a compelling case for geographers, urban planners, interdisciplinary scholars, and social activists to consider physical spaces and social structures in their scholarly analyses and abolitionist praxes." –Lynell L. Thomas, Professor, University of Massachusetts, Boston and author, Desire and Disaster in New Orleans: Tourism, Race, and Historical Memory

"From vulnerable bodies, to city control, to the power of the state, Mowatt’s prescient book carefully excavates spatial violence in the ways the state maps, classifies, and identifies those deemed disposable. Then, using both lawfare and warfare, it punishes them through, and in city structures, streets, and public spaces." –Julian Agyeman, Professor, Tufts University and author, Just Sustainabilities: Development in an Unequal World

"The Geographies of Threat and The Production of Violence is an action bubble POW! Mowatt departs from the juxtaposition of scales in a photo to argue, across three cycles and through a diverse source base (maps, images, urban planning documents, songs, and poems), that states use urban space to throttle the energies and lives that would otherwise emerge. The book’s power derives from a globe-trotting analysis of white colonial settler states that is also rich in detail." –Marissa Moorman, Professor, University of Wisconsin, Madison and author, Powerful Frequencies: Radio, State Power, and the Cold War in Angola, 1933–2002

"Rasul Mowatt’s ambitious, wide-ranging The Geographies of Threat and the Production of Violence focuses contemporary political attention on the specificities of cities as sites of governance, repression, and protest. Mowatt ruminates on the ways urban space plots limit points for ethnic consciousness and state control, juxtaposing events and places rarely thought together to reveal surprising truths. With rage and vision and in a language all his own, Mowatt paints his impressionistic landscapes, offering an immersive reading experience that is both hard-hitting and deeply personal, not only powerful but vulnerable, and lyrical as well as historical. This is truly an unusual book." –Micol Seigel, Professor, Indiana University and author, Violence Work: State Power and the Limits of Police

"This is truly the book for our times: our haunted twenty-first century, reminded as we are by ghosts of past injustice. Mowatt’s outstanding monograph will become essential reading for anyone interested in the critical debate about cities, violence and race, gender and class in the United States and beyond." –Karl Spracklen, Professor, Leeds Beckett University, co-author, Protests as Events: Politics, Activism and Leisure 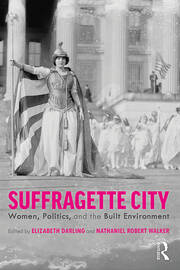