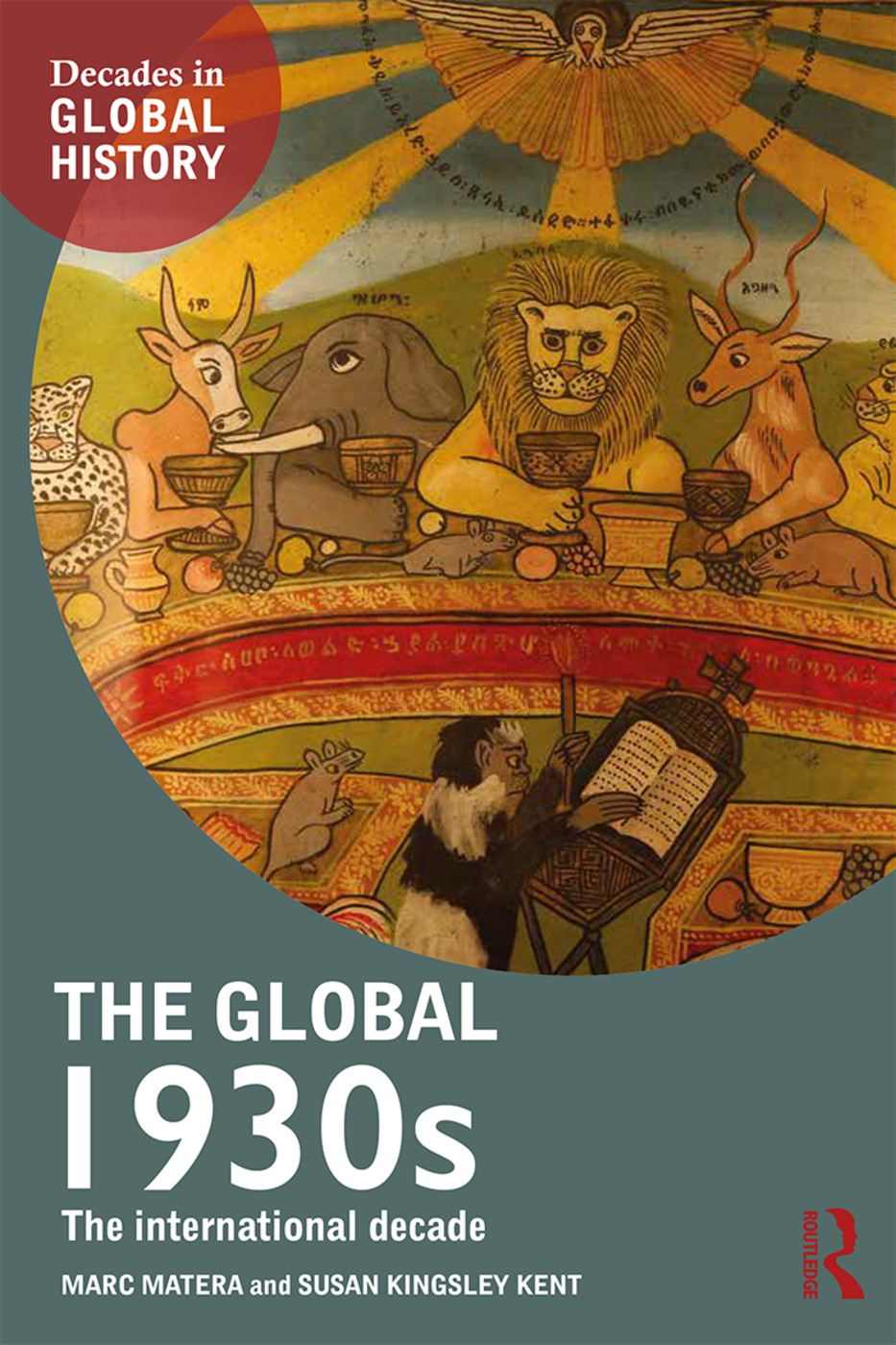 Decentering the traditional narrative of American breadlines, Soviet show trials and German fascists, The Global 1930s takes a truly international approach to exploring this turbulent decade. Though nationalism was prevalent throughout this period, Matera and Kent contend that the 1930s are better characterized by the development of internationalist impulses and transnational connections, and this volume illlustrates how the familiar events of this decade shaped and were shaped by a much wider global context.

Thematically organized, this book is divided into four main parts, covering the evolving concept and trappings of modernism, growing political and cultural internationalism, the global economic crisis and challenges to liberalism. Chapters discuss topics such as the rivalry between imperial powers, colonial migration and race relations, rising anti-colonial sentiments, feminism and gender dynamics around the world, the Great Depression and its far-reaching repercussions, the spread of both communist and fascist political ideologies and the descent once more into global warfare.

This book deftly interrogates the western-focused historical tropes of the interwar years, emphasizing the importance and interconnectedness of events in Asia, Africa and Latin America. Wide-ranging and comprehensive, it is essential and fascinating reading for all students of the international history of the 1930s.

Conclusion: the road to war

Marc Matera is Associate Professor of History at the University of California, Santa Cruz, USA. His publications include The Women's War of 1929: Gender and Violence in Colonial Nigeria (2012, co-authored with Misty L. Bastian and Susan Kingsley Kent) and Black London: The Imperial Metropolis and Decolonization in the Twentieth Century (2015).

This series takes a fresh view of decades in history, discussing each period from a truly global perspective and interrogating the traditional trope of a decade. In asking questions about what each decade actually represents throughout the wider world and exploring the transnational connections that shaped its course, this global approach allows the reader to see the great events of each decade as intricately bound into and moulded by international forces.