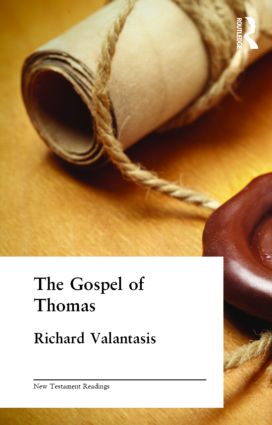 The Gospel of Thomas

This volume offers the first full commentary on the Gospel of Thomas, a work which has previously been accessible only to theologians and scholars. Valantasis provides fresh translations of the Coptic and Greek text, with an illuminating commentary, examining the text line by line. He includes a general introduction outlining the debates of previous scholars and situating the Gospel in its historical and theological contexts.

The Gospel of Thomas provides an insight into a previously inaccessible text and presents Thomas' gospel as an integral part of the canon of Biblical writings, which can inform us further about the literature of the Judeo-Christian tradition and early Christianity.

'This is a brilliant book. The author's observations as to what the text is saying will sometimes come as an eye-opening surprise especially to those already familiar with - Thomas.'

'Valantasis has written the best commentary on the - Gospel of Thomas that has ever been written and it is hard to imagine that a better internally referential one could be written.'

'Can be strongly recommended to any reader interested in the development of early Chrstianity.' - Network

'It is pleasant when one picks up a book on an early Christian document and soon afterwards can say: "This is the book I have been waiting for to recommend to my students". Such is my reaction to this book … The syle in which Valantasis writes is clear and concise … a good and useful work that deserves praise …' - Thomas O'Loughlin, Heythrop Journal

Richard Valantasis is Associate Professor of Early Christian Literature at St. Louis University. His recent publications include Constructions of Power in Asceticism (Journal of the American Academy of Religion). Ordained as an Episcopal priest, he has served parishes and a woman's monastery. He conducts adult education and other retreats for the laity.