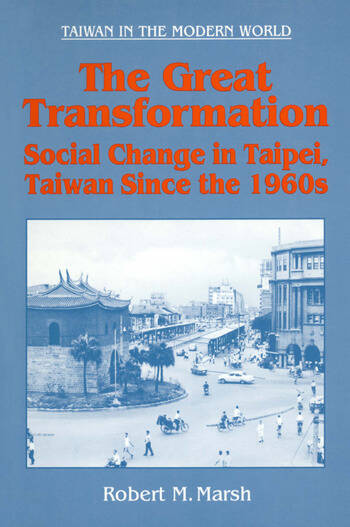 This study of the effects and directions of social change in Taiwan examines questions such as: what was the society of Taiwan like before the current period of economic growth?; how has it changed?; and are there aspects that did not change, despite the significant transformation in some spheres.

This timely work examines the scale and root causes of terrorism across Southeast Asia, including the role of al-Qaeda's ascendancy in the region. It begins with an overview of the analytical and theoretical framework for discussing the subject. Individual chapters then examine terrorist activities from both functional and country-specific perspectives. The book traces fundamental linkages between terrorism and security issues, such as illegal immigration, narcotics trafficking, and other criminal activity. In addition, it considers the issue of convergence - the growing connection between criminal groups and terrorism, and how this may facilitate future violence. Written by a range of experts in the field, the individual chapters reflect a variety of perspectives. The contributions fall into two broad categories - chapters that directly address terrorism (the groups, their ideologies, their modus operandi, their origins, and state responses to them); and chapters that address the "enabling environment" that exists in Southeast Asia (the role of transnational crime, porous borders, convergence between terrorism and crime).