The Guns of Lattimer 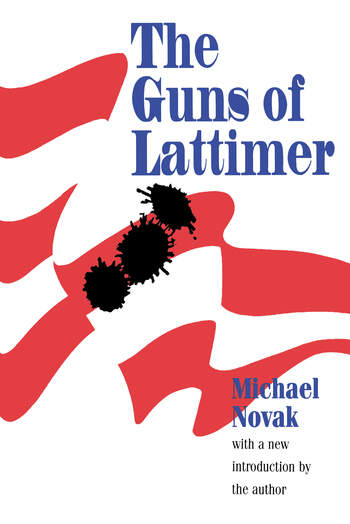 The Guns of Lattimer

On September 10, 1897, in the hamlet of Lattimer mines, Pennsylvania, an armed posse took aim and fired into a crowd of oncoming mine workers, who were marching in their corner of the coal-mining region to call their fellow miners out on strike. The marchers Poles, Slovaks, Hungarians, most of whom could not yet speak English were themselves armed only with an American flag and a timid, budding confidence in their new found rights as free men in their newly adopted country. The mine operators took another view of these rights and of the strange, alien men who claimed them. When the posse was done firing, nineteen of the demonstrators were dead and thirty-nine were seriously wounded. Some six months later a jury of their peers was to exonerate the deputies of any wrong-doing.

This long-forgotten incident is here movingly retold by Michael Novak, himself the son of Slovak immigrants and one of our most gifted writers and social observers. In his hands, the so-called "Lattimer Massacre" becomes not only a powerful story in its own right (and an invaluable key to the history of the growth of the united mine Workers), but an allegory of that peculiarly American experience undergone over and over again throughout the land, and down to this very day; the experience of new immigrants, still miserable with poverty and bewilderment and suffering the trauma of culture shock, being confronted by the hostility and blind contempt of the "real" Americans.

In Michael Novak's uniquely vivid account, the incident at Lattimer is seen as a tragedy brought on not so much by inhumanity as by the profound failure of majority WASP society to understand the needs and responses of "foreigners." The Guns of Lattimer is a gripping book that tells Americans, old and new, a great deal about themselves and the society they live in.