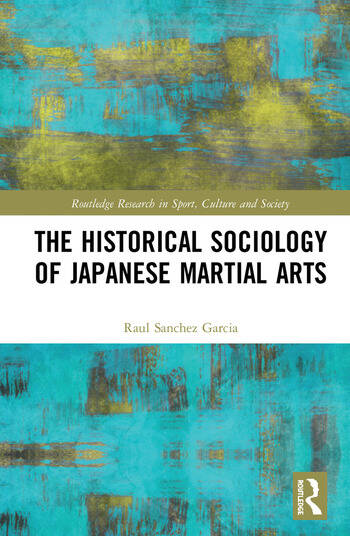 The book traces the structured process in which warriors’ practices became systematised and expanded to the Japanese population and the world. Using the theoretical framework of Norbert Elias’s process-sociology and drawing on rich empirical data, the book also compares the development of combat practices in Japan, England, France and Germany, making a new contribution to our understanding of the socio-cultural dynamics of state formation. Throughout this analysis light is shed onto a gender blind spot, taking into account the neglected role of women in martial arts.

is important reading for students of Socio-Cultural Perspectives in Sport, Sociology of Physical Activity, Historical Development of Sport in Society, Asian Studies, Sociology and Philosophy of Sport, and Sports History and Culture. It is also a fascinating resource for scholars, researchers and practitioners interested in the historical and socio-cultural aspects of combat sport and martial arts.

2 Archery and Sumō as First Traces of Martial Arts

4 Excursus: the Origins of Martial ryū

5 The Stabilization of Martial Ryū During Early Tokugawa

9 The Militarization of the Japanese Population Through Martial Arts in Early Shōwa 10 Excursus: the Birth of Modern Martial Artists

Raúl Sánchez García is Lecturer in sociology of sport at the School of Sports Science, Universidad Europea Madrid, Spain and President of the Sociology of Sport working group within the Spanish Federation of Sociology (FES). He has practiced diverse combat sports and martial arts and holds a shōdan in Aikikai aikidō.