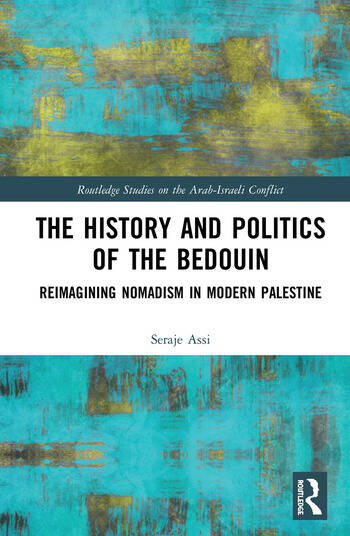 The History and Politics of the Bedouin: Reimagining Nomadism in Modern Palestine

This book examines contending visions on nomadism in modern Palestine, with a special focus on the British Mandate period. Extending from the late Ottoman period to the founding of the State of Israel, it highlights both ruptures and continuities with the Ottoman past and the Israeli present, to prove that nomadism was not invented by the British or the Zionists, but is the shared legacy of Ottoman, British, Zionist, Palestinian, and most recently, Israeli attitudes to the Bedouin of Palestine.

Drawing on primary sources in Arabic and Hebrew, the book shows how native conceptions of nomadism have been reconstructed by colonial and national elites into new legal taxonomies rooted in modern European theories and praxis. By undertaking a comparative approach, it maintains that the introduction of these taxonomies transformed not only native Palestinian perceptions of nomadism, but perceptions that characterized early Zionist literature. The book breaks away from the Arab/Jewish duality by offering a comparative and relational study of the main forces operating under the Mandate: British colonialism, Labor Zionism, and Arab nationalism. Special attention is paid to the British side, which covers the first three chapters. Each chapter represents a formative stage of British colonial enterprise in Palestine, extending from the late Ottoman down to the postwar and the Mandate periods. A major theme is the nexus of race and ethnography reshaping British perceptions of the Bedouin of Palestine before and during the early phases of the Mandate, and the ways these perceptions guided the administrative division of the country along newly demarcated racial boundaries.

Using an interdisciplinary approach that combines new findings in the fields of history, ethnic studies, postcolonial theory, and environmental studies, this book contributes to understandings of the Israel/ Palestine conflict, and current trends of displacement in the Middle East.

Introduction  1. The Original Arabs: British Perceptions of the Bedouin before the Mandate  2. The British in Palestine: The Rediscovery of the 'Arab Race'  3. Nomadism as a Racial Domain: The Legacy of Desert Administrators in Palestine  4. Reimagining the Arab Nation: The Tribal Legacy of Aref al-Aref  5. The Erasure of the Hebrew Bedouin: Zionist Perceptions of Nomadism  Conclusion  Bibliography

Seraj Assi holds a PhD in Arabic and Islamic Studies from Georgetown University, where he is currently a Visiting Fellow at the Centre for Christian-Muslim Understanding. His research interests are in the area of comparative history of the Middle East, with special focus on Israel/Palestine.