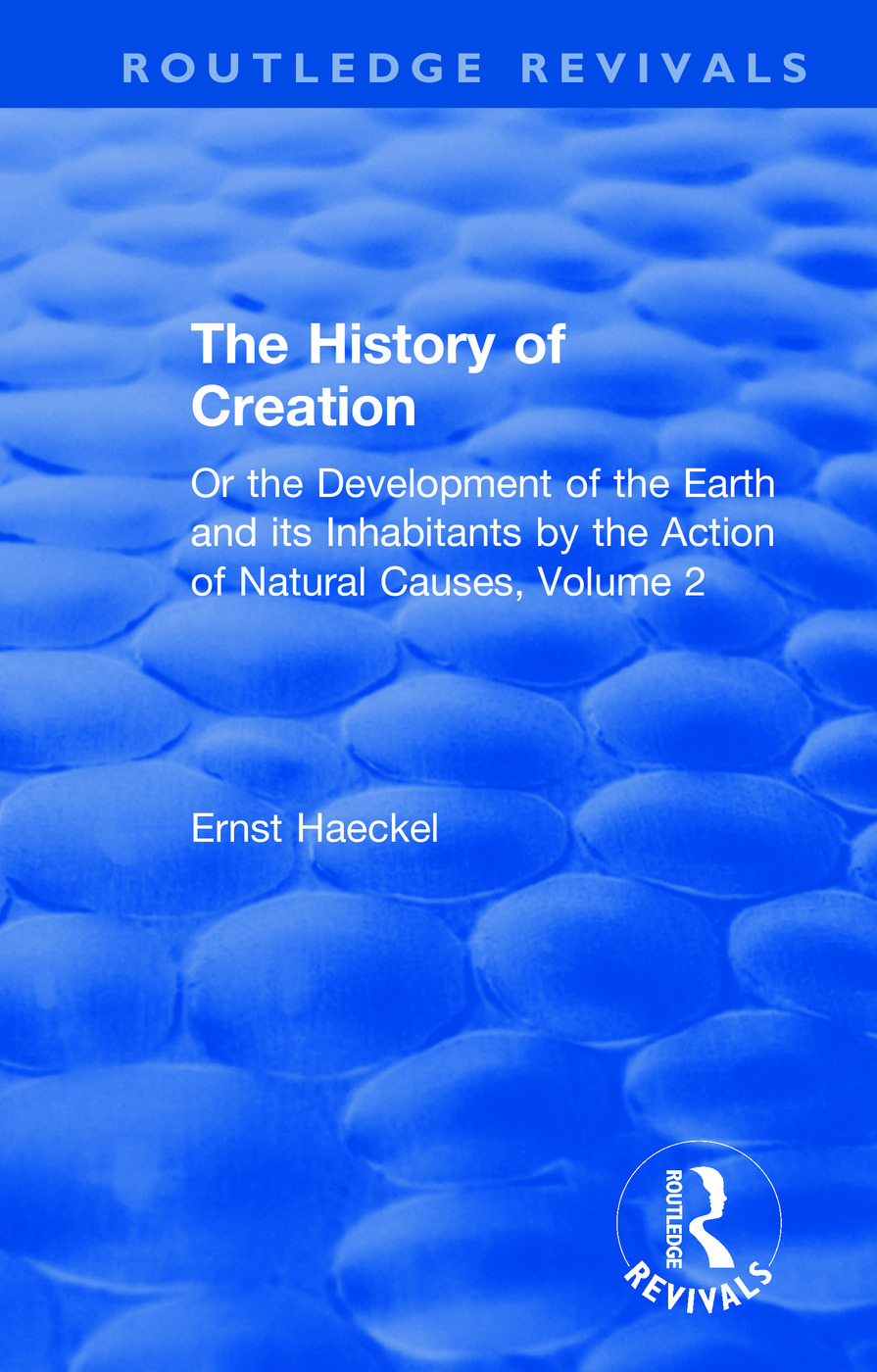 The History of Creation

Or the Development of the Earth and its Inhabitants by the Action of Natural Causes, Volume 2, 1st Edition

Originally published in 1899, The History of Creation was the first book of its kind to apply a doctrine to the whole range of organic morphology and make use of the effect Darwin had on biological sciences during the 19th century. Haeckel looks at Darwin’s reform of Descent Theory and its establishment through the doctrine of selection. He introduces Descent Theory into the systematic classification of animals and plants and finds a "natural system" on the basis of genealogy - that is, to construct hypothetical pedigrees for the various species of organisms. The book will be of interest to those studying natural history and the origins of modern scientific thought, it will appeal to researchers both in the natural sciences and in history.

1. Nature and Importance of the Doctrine of Filiation, or Descent Theory

2. Scientific Justification of the Theory of Descent. History of Creation According to Linnaeus.

3. The History of Creation According to Cuvier and Agassiz

4. Theory of Development According to Goethe and Oken

5. Theory of Development According to Kant and Lamarck

6. Theory of Development According to Lyell and Darwin

7. The Theory of Selection (Darwinism)

8. Transmission by Inheritance and Propagation

9. Laws of Transmission by Inheritance

12. Division of Labour and Divergence of Forms. Progress and Retrogradation.

14. Migration and Distribution of Organisms. Chorology and the Ice Period of the Earth

15. Theory of the Development of the Universe and of the Earth. Spontaneous Generation. The Carbon Theory. The Plastid Theory