The History of the Book in the Middle East 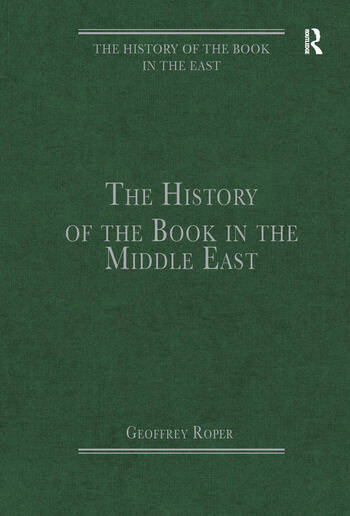 The History of the Book in the Middle East

This selection of papers by scholarly specialists offers an introduction to the history of the book and book culture in West Asia and North Africa from antiquity to the 20th century. The flourishing and long-lived manuscript tradition is discussed in its various aspects - social and economic as well as technical and aesthetic. The very early but abortive introduction of printing - long before Gutenberg - and the eventual, belated acceptance of the printed book and the development of print culture are explored in further groups of papers. Cultural, aesthetic, technological, religious, social, political and economic factors are all considered throughout the volume. Although the articles reflect the predominance in the area of Muslim books - Arabic, Persian and Turkish - the Hebrew, Syriac and Armenian contributions are also discussed. The editor’s introduction provides a survey of the field from the origins of writing to the modern literary and intellectual revivals.

Dr Geoffrey Roper is an editorial and bibliographical consultant. He was formerly head of the Islamic Bibliography Unit at Cambridge University Library, Editor of Index Islamicus and the World Survey of Islamic Manuscripts, and Associate Editor of the Oxford Companion to the Book.