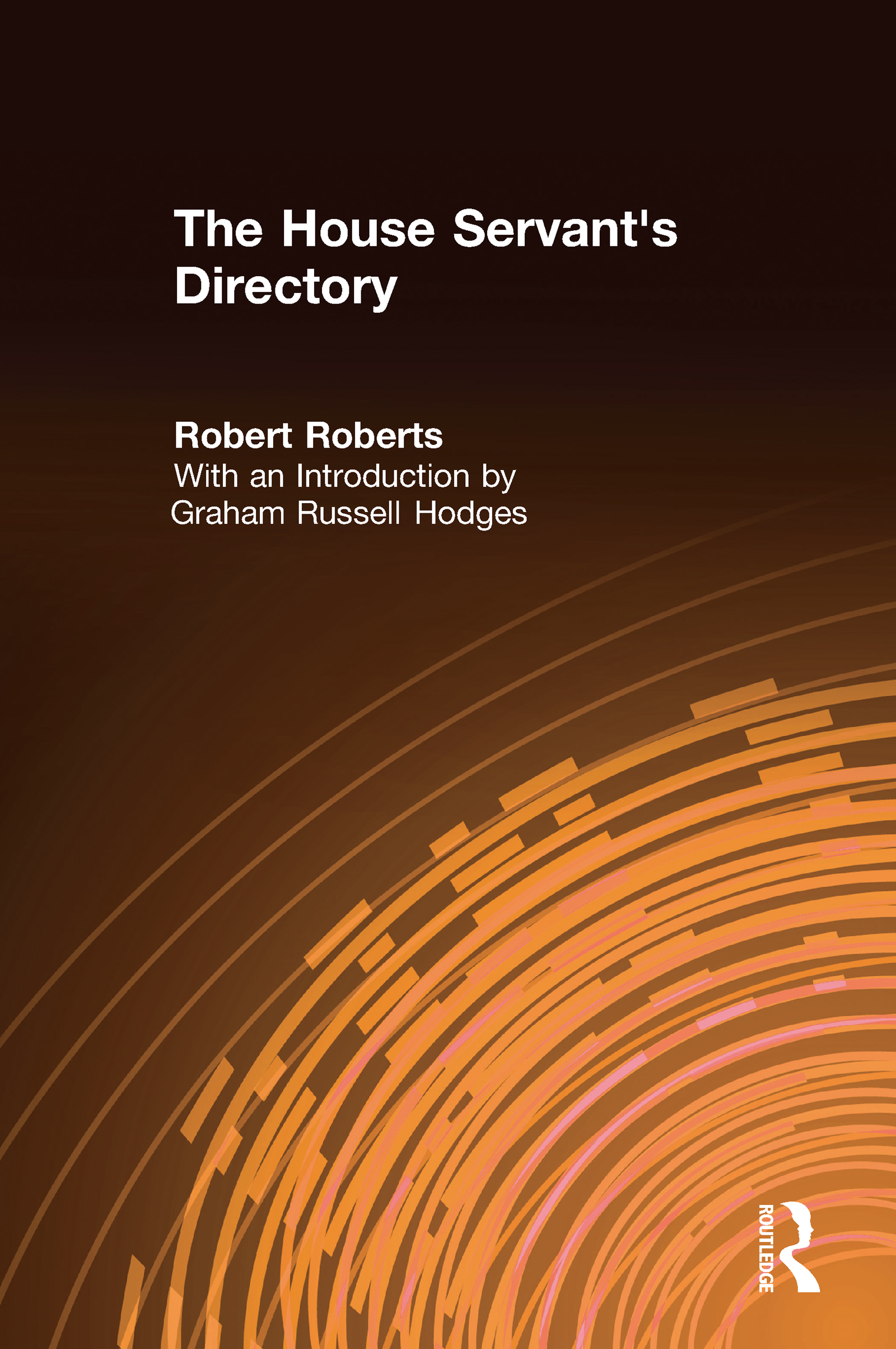 Robert Roberts' The House Servant's Directory, first published in 1827 and the standard for household management for decades afterward, is remarkable for several reasons: It is one of the first books written by an African American and issued by a commercial press, and it was written while Roberts (ca. 1780-1860) was in the employ of Christopher Gore (1758-1827), a former senator from and governor of Massachusetts (and ancestor of the novelist Gore Vidal). Gore Place, where Roberts worked from 1825 to 1827, is one of the grandest neoclassical mansions built in America. Not only was the extraordinary set of recommendations that Roberts made about relations between servants and their masters unique for its time, but his many recipes for cleaning furniture and clothing and for purchasing, preparing, and serving food and drink for small and large dinners are also still useful today. As portrayed in Graham Hodges' introduction, Roberts' own story is a unique window into the work habits and thoughts of America's domestic workers and into antebellum African American politics. Of particular note is Roberts' contribution to the emergence of new self-perceptions of black manliness. Written at a time when male Americans in general were reconsidering the construction of masculinity, Roberts' advice to his fellow servants fostered black dignity for work that few felt merited respect, and his counsel to employers on proper treatment of their servants insisted on their humanity and respect for their skills.

Now for the first time all the fiction, nonfiction, and poetry of popular Victorian author George Eliot is chronicled in one definitive reference. This exhaustive resource, by the editor of the award-winning "Everyone in Dickens", makes Eliot's complete works accessible to the general reader as well as the student and scholar. In addition to the seven Eliot novels, three novellas, and two short stories, all sixty-eight works of non-fiction are covered, and all poetry, long and short, is included. Using Eliot's own words, Newlin presents all the characters in the novels and other fiction, as well as useful plot and content summaries, and bibliographic data. All of Eliot's short poems are included complete, and her longer poetical pieces are extensively summarized and extracted. In addition, the set includes two short essays by Eliot which have been unknown to scholarship until now. There is also a chronology of the works set against a chronology of Eliot's life. This comprehensive reference includes a thematic concordance of every aspect of life written about by Eliot. Complete with more than 60 illustrations, many from the earliest editions of the Eliot works, it is the ultimate reference to the full body of George Eliot's literary output.