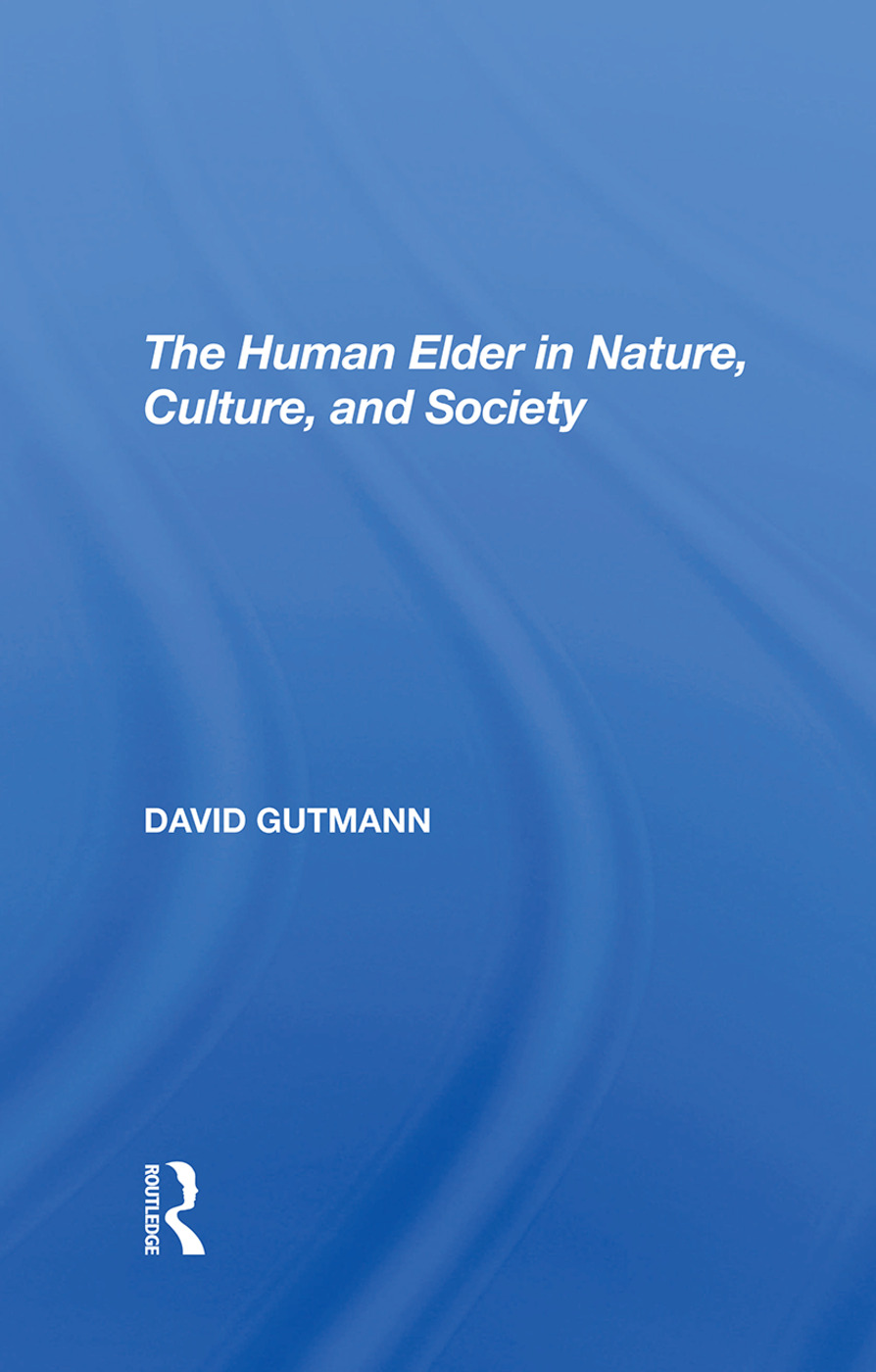 The Human Elder In Nature, Culture, And Society

Chronicling the evolution of David Gutmann's cross-cultural, empirical studies on which his developmental theories of aging are based, this volume reveals how descriptions of the developmental sequences (as they show themselves in older men and women) lead to identification of the psychological forces that drive these processes across the years. This book of new and previously published work first reports on the research that buttressed the more hopeful view of aging as a period of growth and then sets forth the broad, unifying ideas that came out of the empirical work. These concepts include the theory of the "Parental Imperative"—the engine of human development in early and later adulthood; observations on the "gentling" of the older man and the increased assertiveness of the older woman; essays about the unique qualities of aging leaders and the special role of the aged as representatives of the community to its gods; and ideas about the evolutionary basis of the third age—aging as a human adaptation, a legitimate life stage, rather than the grim prelude to death. The last group of selections focuses on the clinical perspective, applying developmental insights to the psychological disorders of later life, ultimately leading to a more hopeful view of these conditions as well as more effective approaches to their treatment. Each section contains original commentary placing the material in the context of current research. This text is for gerontologists, for all students of human development, and for all thoughtful readers who are concerned with the great themes of the human life-cycle—in-cluding their own.

Foreword -- Preface -- Credits -- The Country of Old Men: Cross-Cultural Studies in the Psychology of Later Life -- Dependency, Illness, and Survival Among Navajo Men -- A Comparative Study of Ego Functioning in Geriatric Patients -- Alternatives to Disengagement: Aging Among the Highland Druze -- Aging and the Parental Imperative -- A Cross-Cultural View of Adult Life in the Extended Family -- The Premature Gerontocracy: Themes of Aging and Death in the Youth Culture -- The Subjective Politics of Power: The Dilemma of Post-Superego Man -- Oedipus and the Aging Male: A Comparative Perspective -- Culture and Mental Health in Later Life, Revisited -- The Human Father and the Masculine Life Cycle -- Psychological Development and Pathology in Later Adulthood