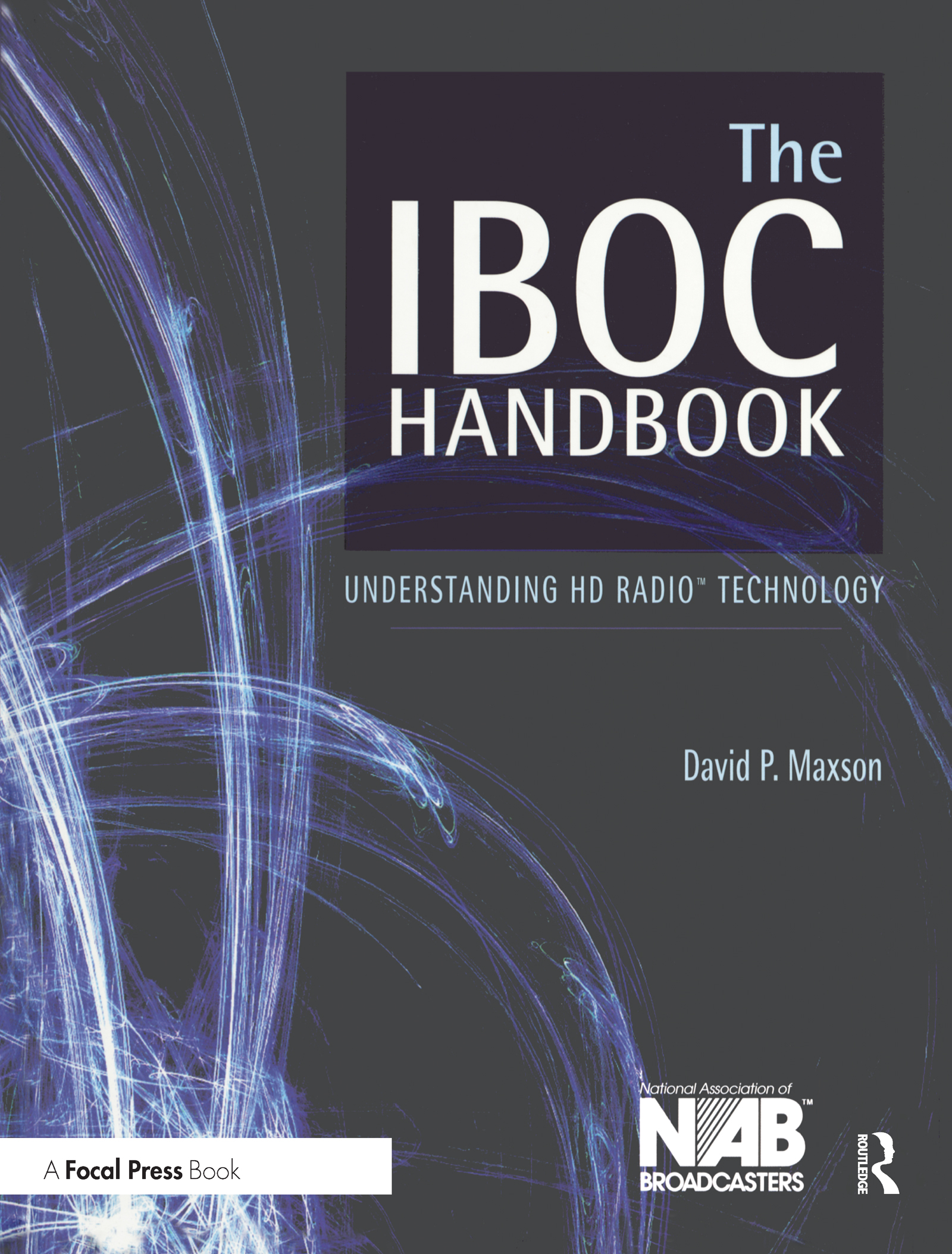 Radio broadcast engineers seeking to design and operate HD Radio(TM) transmission systems will benefit from the detailed exposition of the technology. The book lays out the entire structure of this digital transmission system. System equations are presented in a manner that is useful to those interested in them, while retaining a clear narrative for those who seek a general understanding of how the technology works. The book also presents a summary of the history of the technology and the NRSC-5 standard, as well as forward-looking information on emerging technologies and applications.

David Maxson is Managing Partner of Broadcast Signal Lab, LLP, which he co-founded in 1982 to serve the needs of radio and television stations in the northeastern United States. Under his direction, Broadcast Signal Lab provides a full spectrum of technical services related to radio frequency safety, regulatory compliance, compatibility and interference issues. David also consults with emerging wireless and broadcasting technology companies on digital media deployment issues. For twenty years David served Charles River Broadcasting Company, whose flagship station was classical radio WCRB, Boston. As Vice President, Director of Engineering he was responsible for technical and engineering matters for the company's radio stations, its classical music production and syndication company, and its commercial sound system company. David is Broadcast Signal Lab's representative to the National Radio Systems Committee (NRSC) Digital Audio Broadcasting Subcommittee. With the NRSC, he was closely involved with the testing and evaluation of proposed In-Band, On-Channel (IBOC) digital radio broadcasting systems, which ultimately led to a formal IBOC standard in April of 2005. David chaired the NRSC DAB Data Multiplexing and Transport Task Group. He has published and presented numerous technical papers on IBOC signal measurement technique and on data broadcasting technology.