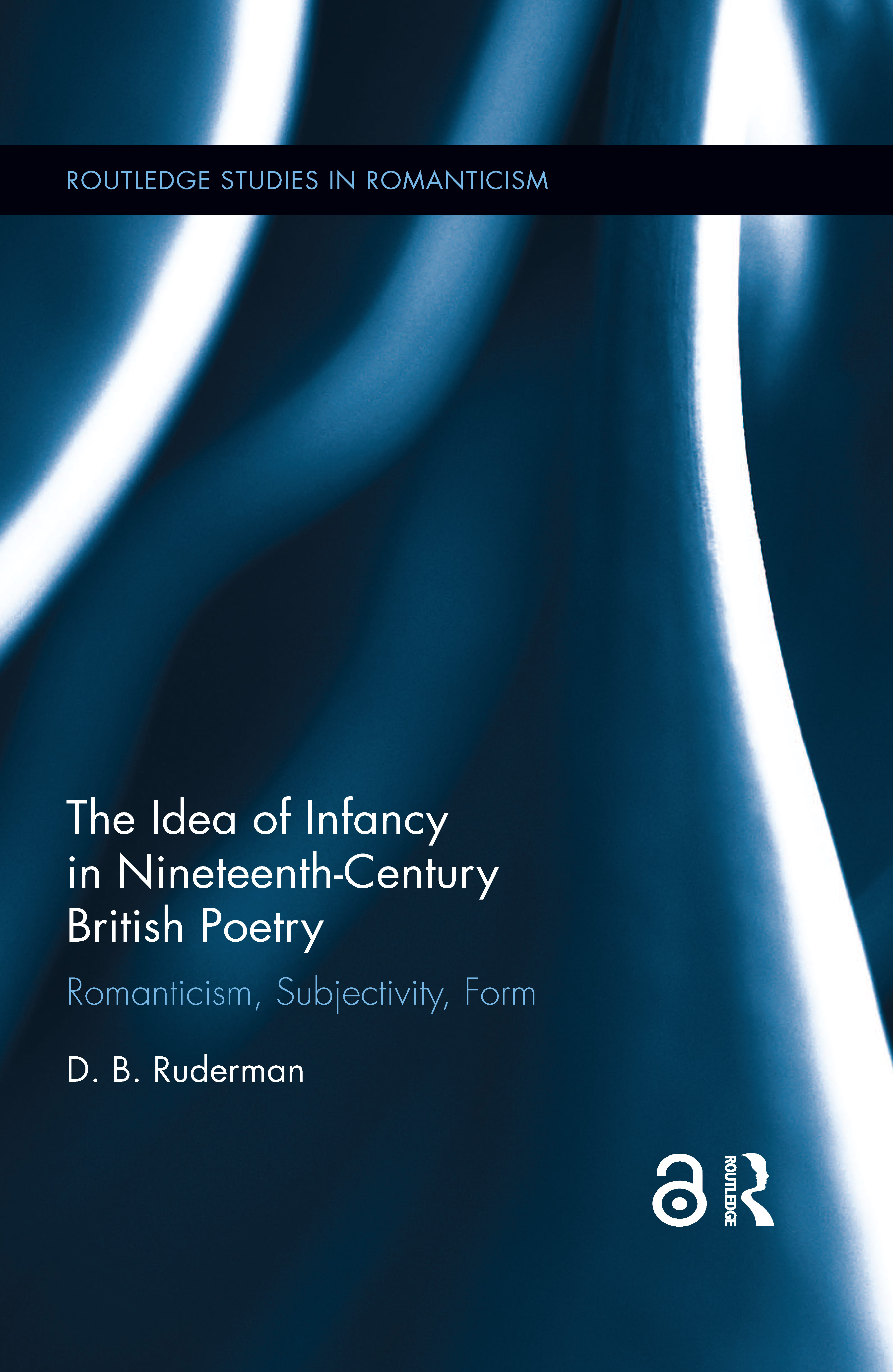 The Idea of Infancy in Nineteenth-Century British Poetry

This book radically refigures the conceptual and formal significance of childhood in nineteenth-century English poetry. By theorizing infancy as a poetics as well as a space of continual beginning, Ruderman shows how it allowed poets access to inchoate, uncanny, and mutable forms of subjectivity and art. While recent historicist studies have documented the "freshness of experience" childhood confers on 19th-century poetry and culture, this book draws on new formalist and psychoanalytic perspectives to rethink familiar concepts such as immortality, the sublime, and the death drive as well as forms and genres such as the pastoral, the ode, and the ballad. Ruderman establishes that infancy emerges as a unique structure of feeling simultaneously with new theories of lyric poetry at the end of the eighteenth century. He then explores the intertwining of poetic experimentation and infancy in Wordsworth, Anna Barbauld, Blake, Coleridge, Erasmus Darwin, Sara Coleridge, Shelley, Matthew Arnold, Tennyson, and Augusta Webster. Each chapter addresses andanalyzes a specific moment in a writers’ work, moments of tenderness or mourning, birth or death, physical or mental illness, when infancy is analogized, eulogized, or theorized. Moving between canonical and archival materials, and combining textual and inter-textual reading, metrical and prosodic analysis, and post-Freudian psychoanalytic theory, the book shows how poetic engagements with infancy anticipate psychoanalytic and phenomenological (i.e. modern) ways of being in the world. Ultimately, Rudermansuggests that it is not so much that we return to infancy as that infancy returns (obsessively, compulsively) in us. This book shows how by tracking changing attitudes towards the idea of infancy, one might also map the emotional, political, and aesthetic terrain of nineteenth-century culture. It will be of interest to scholars in the areas of British romanticism and Victorianism, as well as 19th-

Introduction: "Infant Bud of Being"

2. "When I First Saw the Child": Reverie in Erasmus Darwin and Coleridge

3. Merging and Emerging in the Work of Sara Coleridge

4. Bodies in Dissolve: Animal Magnetism and Infancy in Shelley

Afterword: "An Echo to the Self": Augusta Webster’s Psychoanalytic Thought

David Ruderman is Assistant Professor of English at The Ohio State University, USA.