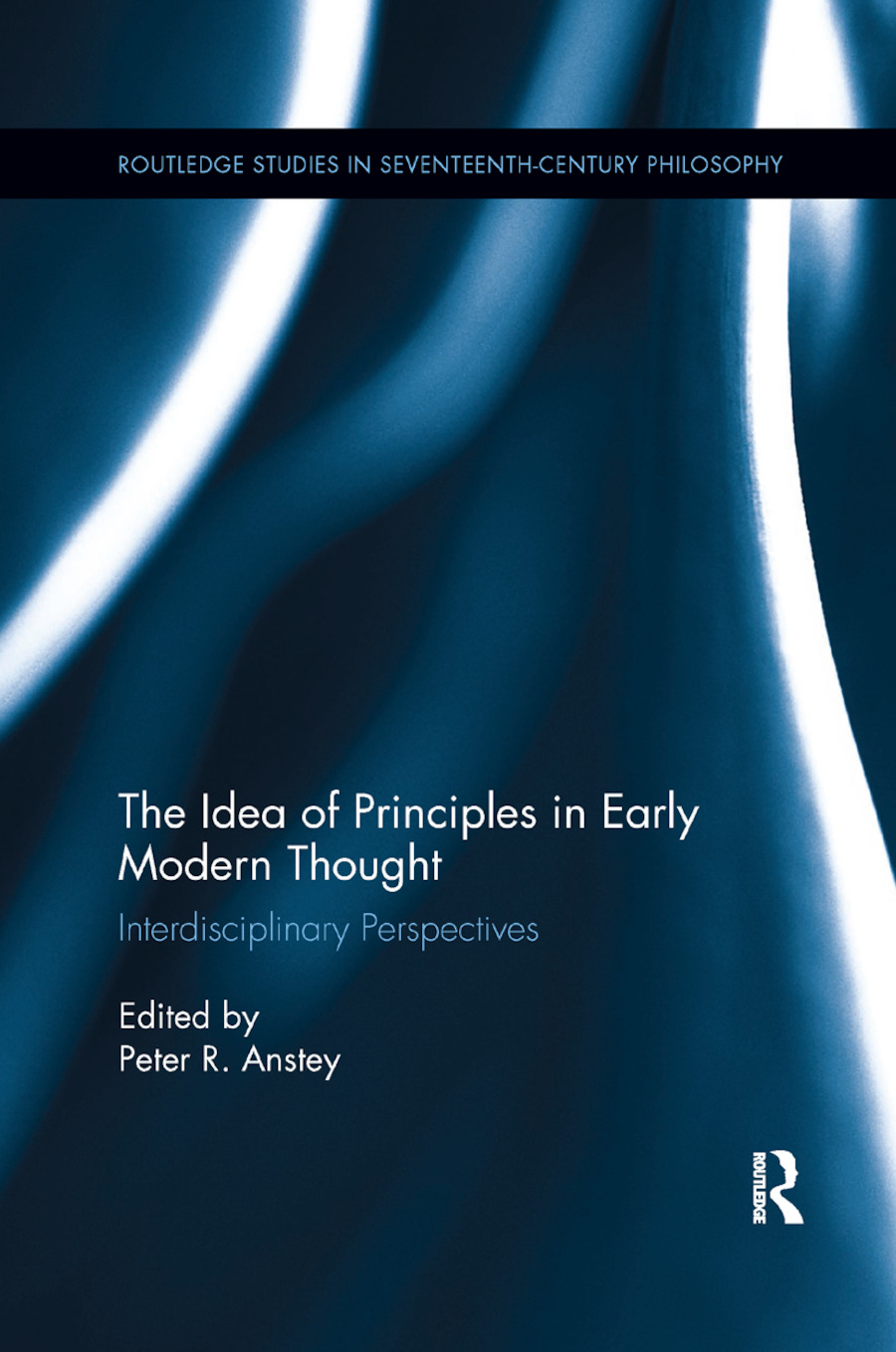 The Idea of Principles in Early Modern Thought

This collection presents the first sustained examination of the nature and status of the idea of principles in early modern thought. Principles are almost ubiquitous in the seventeenth and eighteenth centuries: the term appears in famous book titles, such as Newton’s Principia; the notion plays a central role in the thought of many leading philosophers, such as Leibniz’s Principle of Sufficient Reason; and many of the great discoveries of the period, such as the Law of Gravitational Attraction, were described as principles.

Ranging from mathematics and law to chemistry, from natural and moral philosophy to natural theology, and covering some of the leading thinkers of the period, this volume presents ten compelling new essays that illustrate the centrality and importance of the idea of principles in early modern thought. It contains chapters by leading scholars in the field, including the Leibniz scholar Daniel Garber and the historian of chemistry William R. Newman, as well as exciting, emerging scholars, such as the Newton scholar Kirsten Walsh and a leading expert on experimental philosophy, Alberto Vanzo. The Idea of Principles in Early Modern Thought: Interdisciplinary Perspectives charts the terrain of one of the period’s central concepts for the first time, and opens up new lines for further research.

2. The Development of Principles in Equity in the Seventeenth Century

4. The Two Comets of 1664–1665: A Dispersive Prism for French Natural Philosophical Principles

5. Corpuscularism and Experimental Philosophy in Domenico Guglielmini’s Reflections on Salts

6. The Principles of Spinoza’s Philosophy

8. Leibniz on Principles in Natural Philosophy: The Principle of the Equality of Cause and Effect

9. Experimental Philosophy and the Principles of Natural Religion in England, 1667–1720

10. A Conflict of Principles: Grotius’ Justice versus Hume’s Utility