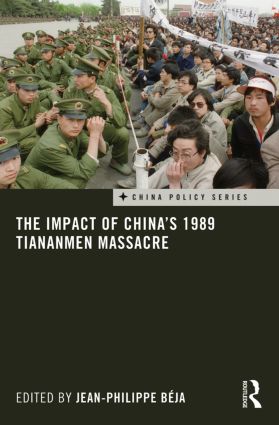 The Impact of China's 1989 Tiananmen Massacre

This book offers a unique insight into the role of human rights lawyers in Chinese law and politics. In her extensive account, Eva Pils shows how these practitioners are important as legal advocates for victims of injustice and how bureaucratic systems of control operate to subdue and marginalise them. The book discusses how human rights lawyers and the social forces they work for and with challenge the system. In conditions where organised political opposition is prohibited, rights lawyers have begun to articulate and coordinate demands for legal and political change.

Drawing on hundreds of anonymised conversations, the book analyses in detail human rights lawyers’ legal advocacy in the face of severe institutional limitations and their experiences of repression at the hands of the police and state security apparatus, along with the intellectual, political and moral resources lawyers draw upon to survive and resist. Key concerns include the interaction between the lawyers and their bureaucratic, professional and social environments and the forms and long term political impact of resistance. In addressing these issues, Pils offers a rare evaluative perspective on China’s legal and political system, and proposes new ways to assess domestic advocacy’s relationship with international human rights and rule of law promotion.

Introduction: June 4th 1989: A Watershed in Chinese Contemporary History 1. June Fourth: Memory and Ethics 2. The Chinese Communist Party and 4 June 1989 —Or how to get out of it and get away with it 3. The Impact of the June 4th Massacre on the pro-Democracy Movement 4. The Chinese Liberal Camp in Post-June 4th China 5. Wang Xiaobo and the No Longer Silent majority 6. The Seeds of Tiananmen: Reflections on a Growing Chinese Civil Rights Movement 7. The practice of law as conscientious resistance: Chinese weiquan lawyers’ experience 8. The Politicisation of China's Law-Enforcement and Judicial Apparatus 9. The Enduring Importance of Police Repression: Laojiao, the Rule of Law and Taiwan’s Alternative Evolution 10. The Impact of the Tiananmen Crisis on China’s Economic Transition 11. The Tiananmen Incident and the Pro-Democracy Movement in Hong Kong 12. How China managed to de-isolate itself on the international stage and re-engage the world after Tiananmen 13. China and International Human Rights: Tiananmen’s Paradoxical Impact 14. A Shadow over Western Democracies: China’s Political Use of Economic Power

Jean-Philippe Béja is a Senior Researcher at CNRS (Centre National de la Recherche Scientifique), and CERI-Sciences-Po (Centre for international Studies and Research), Paris, France. He is currently conducting research at the French Centre for Research on Contemporary China (CEFC) and Adjunct Professor at the Department of Government and Public Administration at the Chinese University of Hong Kong.