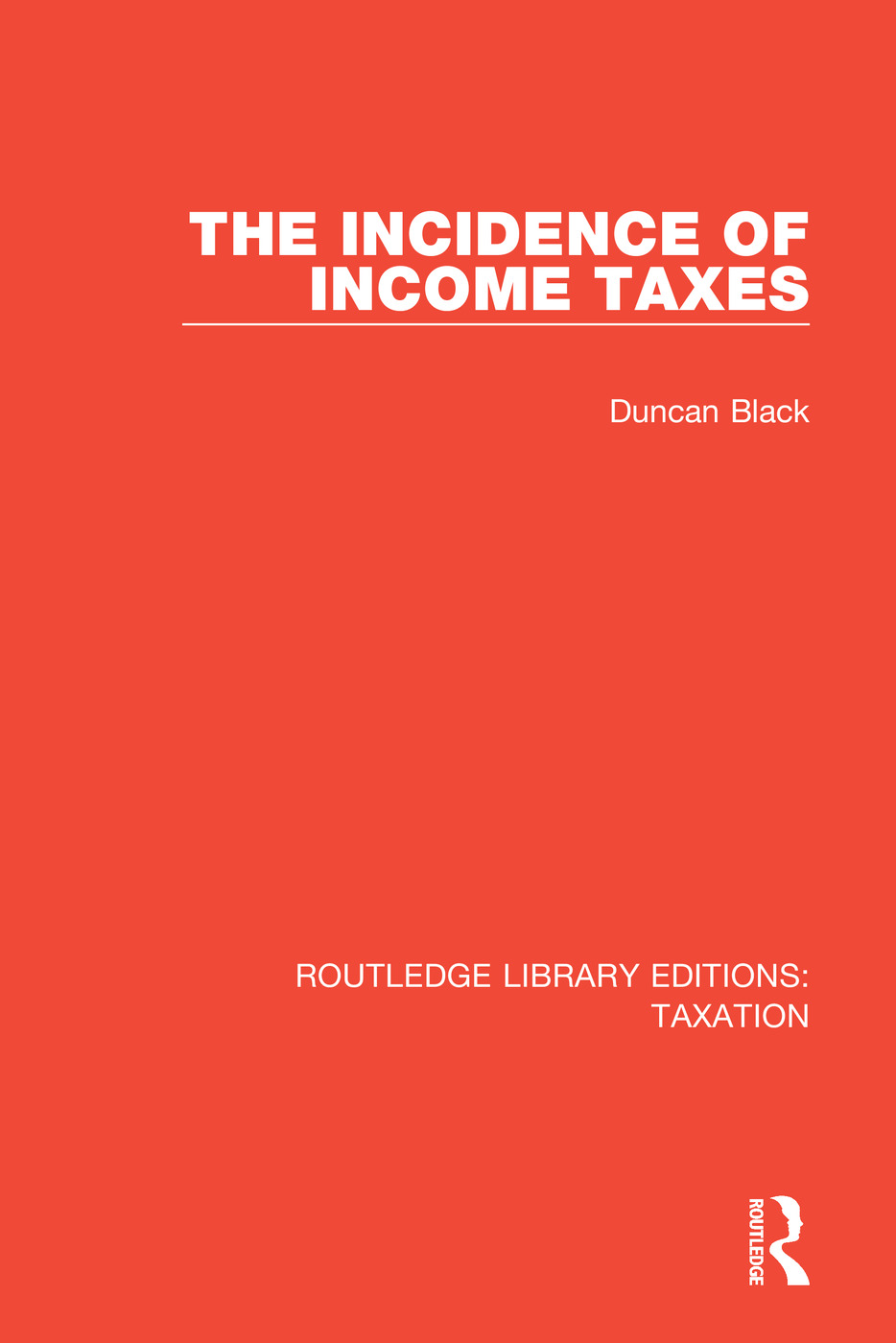 The Incidence of Income Taxes

In this book, first published in 1939, an analysis is given of the incidence both of partial income taxes, that is of income taxes which are levied on the incomes arising from particular lines of industry, and of a general income tax.

This set gathers together ten essential texts on Taxation. Covering the history of taxation from the seventeenth century to the modern day, these titles range over tax legislation, income taxes, taxation in communist countries, tax and government, and universal income.