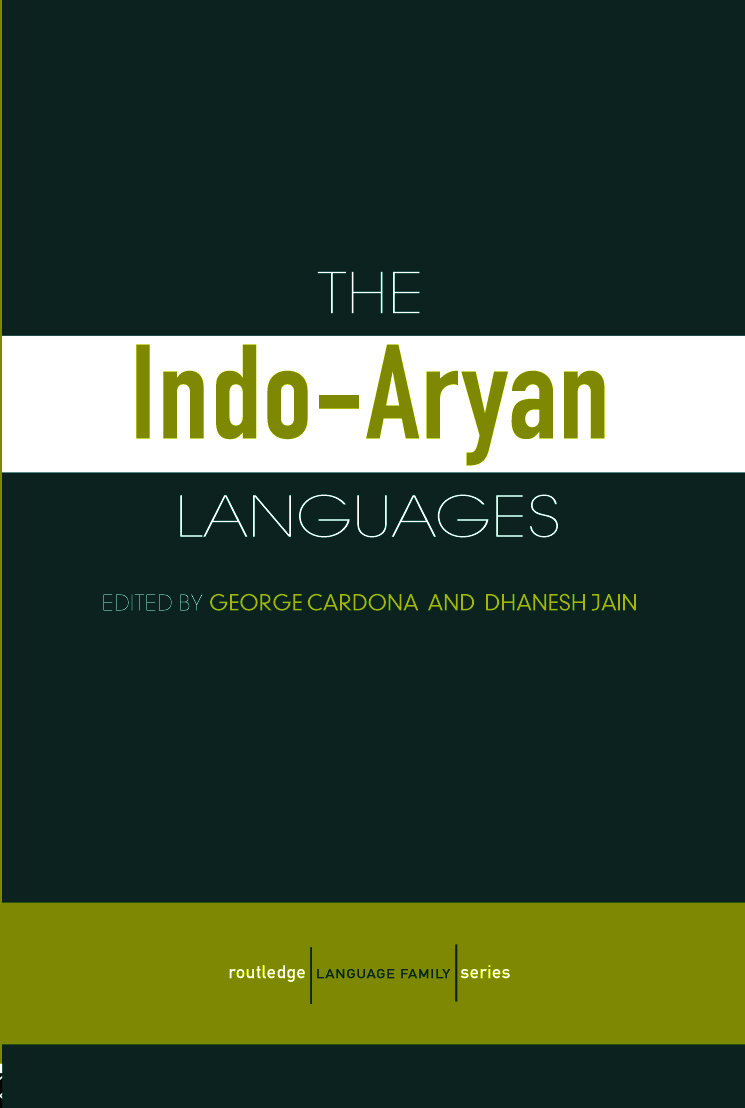 The Indo-Aryan languages are spoken by at least 700 million people throughout India, Pakistan, Bangladesh, Nepal, Sri Lanka and the Maldive Islands. They have a claim to great antiquity, with the earliest Vedic Sanskrit texts dating to the end of the second millennium B.C. With texts in Old Indo-Aryan, Middle Indo-Aryan and Modern Indo-Aryan, this language family supplies a historical documentation of language change over a longer period than any other subgroup of Indo-European.

'This carefully produced book is an important reference work. It contains … a lot of information hard to find elsewhere, and the three indexes … make this wealth of data easily accessible.' - Asko Parpola, University of Helsinki

Each volume in this series contains an in-depth account of the members of some of the world's most important language families. Written by experts in each language, these accessible accounts provide detailed linguistic analysis and description. The contents are carefully structured to cover the natural system of classification: phonology, morphology, syntax, lexis, semantics, dialectology, and sociolinguistics.

Every volume contains extensive bibliographies for each language, a detailed index and tables, and maps and examples from the languages to demonstrate the linguistic features being described. The consistent format allows comparative study, not only between the languages in each volume, but also across all the volumes in the series.