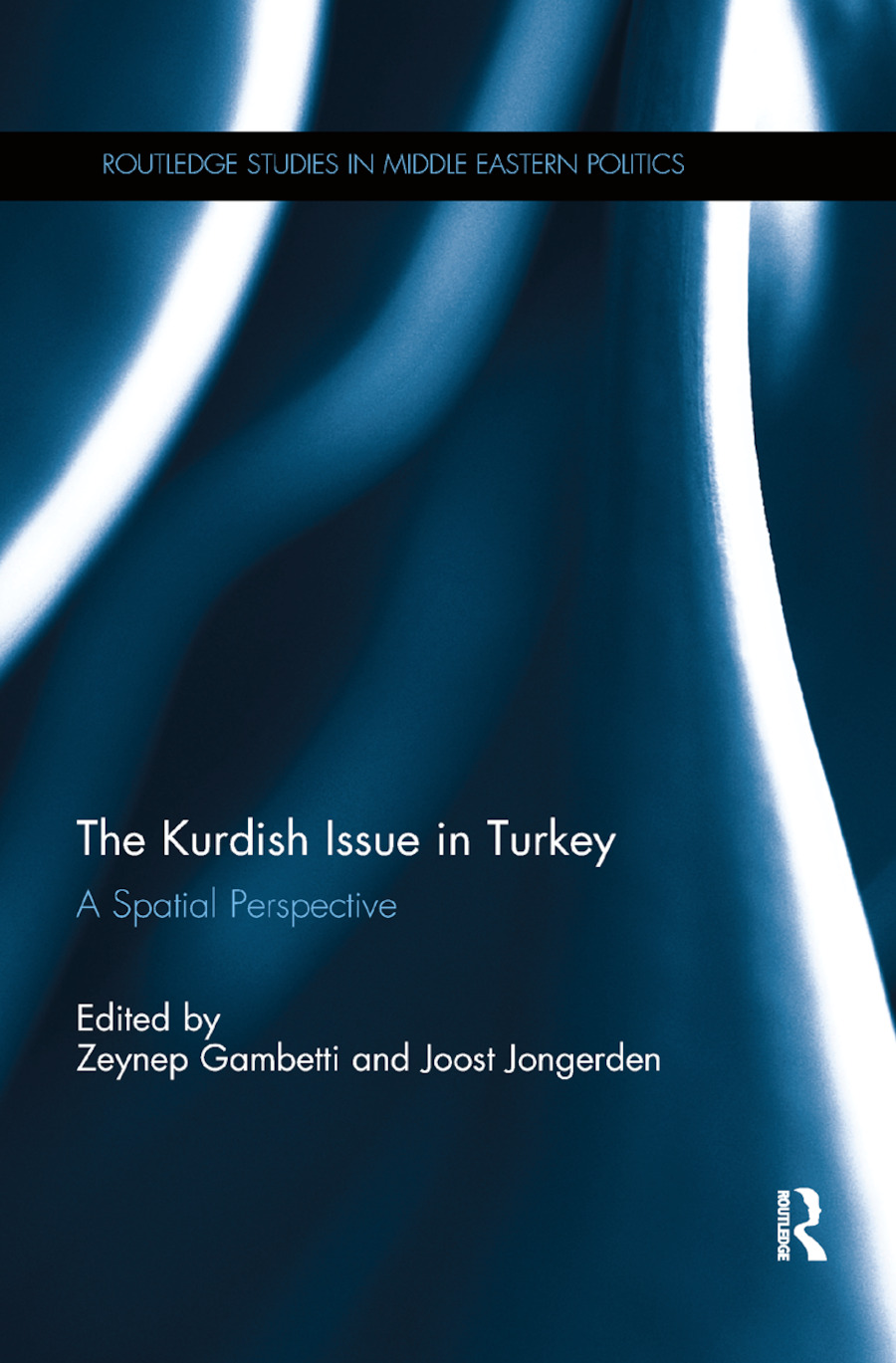 The Kurdish Issue in Turkey

This volume gives a thorough and comprehensive analysis of the Kurdish issue in Turkey from a spatial perspective that takes into account geographical variations in identity formation, exclusion and political mobilisation.

Although analysis of Turkey’s Kurdish issue from a spatial perspective is not new, spatial analyses are still relatively scarce. More often than not, Kurdish studies consist of time-centred work. In this book, the attention is shifted from outcome-oriented analysis of transformation in time towards a spatial analysis. The authors in this book discuss the spatial production of home, identity, work, in short, of being in the world. The contributions are based on the tacit avowal that the Kurdish question, in addition to being a question of group rights, is also one of spatial relations. By asking a different set of questions, this book examines; which spatial strategies have been employed to deal with Kurds? Which spatial strategies are developed by Kurds to deal with state, and with the neo-liberal turn? How are these strategies absorbed and what counter-strategies are developed, both in cities populated by the Kurds in south-eastern Turkey and in other regions?

Emphasizing that identity or place, its particularity or uniqueness, arises from social practices and social relations, this book is essential reading for scholars and researchers working in Kurdish and Turkish Studies, Urban and Rural Studies and Politics more broadly.

Introduction: The spatial (re)production of the Kurdish issue: multiple and contradicting trajectories - Zeynep Gambetti and Joost Jongerden PART I: MAKING AND REMAKING THE SOUTHEAST 1 Space, state-making and contentious Kurdish politics in the East of Turkey: the case of Eastern Meetings, 1967 - Azad Gündoğan 2 Diyarbakır’s ‘Witness-sites’ and Discourses on ‘the Kurdish Question’ in Turkey - Eray Çaylı 3 What is hidden beneath the wall surrounding the Mor Gabriel Monastery? Consolidating borders between self and other, self and the state - Zerrin Özlem Biner 4 An Ethnographic Account of the Compulsory Public Service of Doctors in Hakkari: The Limits of the JDP’s Assimilation Strategy and the Production of Space - İlker Cörüt 5 Beyond Kurdistan? The Mesopotamia Social Forum and the appropriation and re-imagination of Mesopotamia by the Kurdish movement - Marlies Casier PART II: KURDISH STRUGGLES IN URBAN SPACES 6 Generational Differences in Political Mobilization among Kurdish Forced Migrants: The Case of Istanbul’s Kanarya Mahallesi - Gülay Kılıçaslan 7 Space, Capitalism and Kurdish Migrants in Turkey: An Analysis of Kadifekale’s Transformation in Izmir - Neslihan Demirtaş-Milz and Cenk Saraçoğlu 8 Rescaled localities and redefined class relations: neoliberal experience in south-east Turkey - Ayşe Seda Yüksel 9 Politics of Privacy: Forced Migration and the Spatial Struggle of the Kurdish Youth in Adana - Haydar Darıcı 10 Ethnicity, Social Tensions and Production of Space in Forced Migration Neighbourhoods of Mersin - Ali Ekber Doğan and Bediz Yılmaz PART III: SPACES OF SEASONAL MIGRATION 11Embodiment of Space and Labor: Kurdish Migrant Workers in Turkish Agriculture - Deniz Duruiz12The Transformation of the Private Home of Kurdish Seasonal Workers - İclal Ayse Küçükkırca

Joost Jongerden is Assistant Professor of Sociology and Anthropology of Development, Wageningen University, the Netherlands. His research interests include; the sociology of space and place, the socio-spatial dimensions of protest and violent conflict.

is Associate Professor of political theory at Bogazici University. Her research interests include; collective action, ethics, and public space. She co-edited Rhetorics of Insecurity: Belonging and Violence in the Neoliberal Era (2013), and the special issue of The Journal of Balkan and Near Eastern Studies on the spatial dimensions of the Kurdish question in Turkey.