The Languages of Japan and Korea 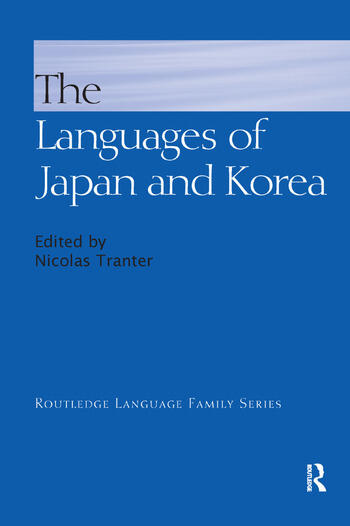 The Languages of Japan and Korea

The Languages of Japan and Korea provides detailed descriptions of the major varieties of languages in the region, both modern and pre-modern, within a common format, producing a long-needed introductory reference source. Korean, Japanese, Ainu, and representative members of the main groupings of the Ryukyuan chain are discussed for the first time in great detail in a single work.

The volume is divided into language sketches, the majority of which are broken down into sections on phonology, orthography, morphology, syntax and lexicon. Specific emphasis is placed on aspects of syntactic interest, including speech levels, honorifics and classifiers. Each language variety is represented in Roman-based transcription, although its own script (where there is such orthography) and IPA transcriptions are used sparingly where appropriate.

The dialects of both the modern and oldest forms of the languages are given extensive treatment, with a primary focus on the differences from the standard language.

These synchronic snapshots are complemented by a discussion of both the genetic and areal relationships between languages in the region.

With contributions from a variety of scholars of the highest reputation, The Language of Japan and Korea is a much needed and highly useful tool for professionals and students in linguistics, as well as area studies specialists.