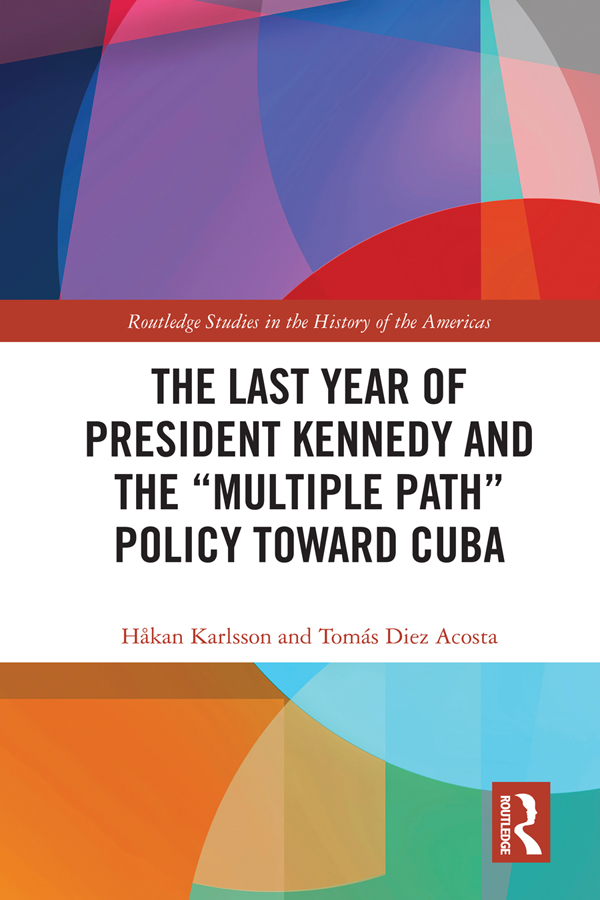 This book presents new aspects of the U.S. "multiple path" policy toward Cuba that was designed and adopted after the Missile Crisis (October 1962) until the assassination of President Kennedy on November 22, 1963, from a Cuban perspective. The policy was characterized by its contradictory profile, since simultaneously as aggressions were directed at Cuba, it also included the establishment of channels of communication with the Cuban government. The book also analyzes the Cuban–Soviet dispute during the same period. The Cuban experiences have still not been sufficiently discussed, and the aspects offered will enrich the knowledge of the U.S.–Cuban relationship during the mentioned period.

Part I: Kennedy and the Anti-Cuban Policy After the October Crisis

1. Influential Factors of the U.S. Policy Towards Cuba in 1963

3. Proposals from the Coordinator of Cuban Affairs

4. Soviet Troops in Cuba and the Political Debate in the U.S.

5. "Uncontrolled" Terrorist Acts of the Counterrevolution

6. The Internal Counterrevolutionary "Offensive" in the Beginning of 1963

7. The Standing Group and the Political Alternatives

Part III: The Cuban-Soviet Dispute and the Reinforcement of the Cuban Defense

10. The Cuban-Soviet Dispute and the First Visit of Fidel Castro to the Soviet Union

12. The Confrontation with the Internal Counterrevolution

13. The Action Against the Internal Counterrevolution and Its Groups

Part IV: The Ambivalence of the "Multiple Path" Policy

14. The Negotiations of Lawyer James B. Donovan and the Ambivalent Policy Towards Cuba

15. Attempts to Approach the Cuban Government

Håkan Karlsson is Full Professor in Archaeology at the Department of Historical Studies, University of Gothenburg, Sweden.

Routledge Studies in the History of the Americas