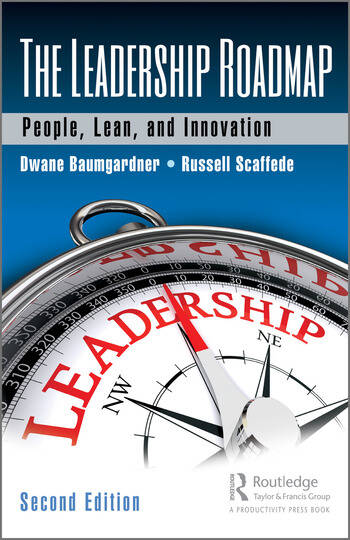 For more than 60 years, a few organizations have followed what is known as the "Scanlon Plan" for employee engagement. Some early benefits were achieved and employee satisfaction was high in these companies, such as Donnelly Corporation and Herman Miller Office Furniture. Likewise, for more than 30 years now, US and European companies have been studying and adapting the Toyota Production System (TPS), which has been dubbed as "Lean." Again, some long-term benefits have been achieved, but many have not transformed their workplace culture or achieved operational excellence.

combines the two philosophies of both employee engagement and Lean into one concise and understandable system for leaders to follow. If leaders truly want success like Toyota, they must understand it is the combination of TPS with total employee engagement that made this company a sustaining industry leader. By following the outlined system, leaders will not only make a more successful organization for all stakeholders but will truly enhance their employee satisfaction with their daily work.

This book is not just for CEOs, CFOs, and others at the executive level – it is for employees in human resources or project development, the plant manager or first line supervisor. Essentially, it is for anyone in the organization who shares a strong commitment to the foundational premise of integrating the leadership of people, Lean transformation, and innovation systems. The Leadership Roadmap is a practical resource that will foster a new generation of roving leaders -- committed team members who are willing to step up and fill a void and who lead by asking questions that trigger positive change rather than simply giving orders. These new leaders will understand that while the framework for achieving success is simple, the implementation can be complex and daunting, requiring a firm and enduring dedication to renewal, and a step-by-step guide to show them the way.

Russ joined Toyota as general manager of Powertrain Operations at Georgetown, Kentucky, in 1988, after almost 20 years with General Motors (GM). He spent the next several years learning deeply from Toyota’s most experienced operational leaders and visiting many high-performing lean manufacturing sites, as he studied the much-admired Toyota Production System (TPS) in great depth. Russ’s powerful ability to implement lean in U.S. operations is based on his unique opportunity to dissect and understand TPS in detail, after he had spent years mastering GM’s oldline mass production systems. He also developed his understanding of the critical missing process in most lean manufacturing implementations, which is the integration of a truly participative people-based belief system utilizing the tools for continuous improvement.

He was recruited to Donnelly, where he led manufacturing operations for 7 years, followed by his 4-year assignment at Tiara Yachts. When Toyota organized a tier-one interior trim group in the America’s (Toyota Boshoku America), Russ was recruited to lead Manufacturing Production Control, Manufacturing Engineering, and the TPS implementation operations. He recently retired from that assignment, and taught part time at the University of Michigan’s "Lean Certification Program" as well as consulting for various organizations.

Russ lives in Holland, Michigan, with his wife. He has two children and three grandchildren.

served his career at Donnelly Corporation for 44 years, which included 24 years as chairman/CEO and 7 years as president and CEO.

During this time Donnelly Corporation grew in sales from $30 million to $950 million; expanded globally from 3 to 26 facilities in North America, South America, Europe, and China; and became widely known as the market leader focused on customers, technology, and people as critical success factors.

Another major milestone achieved was the world-class capability in lean manufacturing Russ Scaffede brought to the company and how he effectively integrated it with the Donnelly participative management system to produce a truly industry-leading business system. With Russ’s leadership the company has received much recognition including the Society of Automotive Engineers rating it as a benchmark standard in lean manufacturing.

During his career, Dwane is most proud of the many achievements made by the people and teams of Donnelly Corporation, and his opportunity to be part of the team. He has served on four additional corporate boards and is currently retired in Holland, Michigan, with his wife. They have four children and five grandchildren.