The rise of East Asia from the ashes of World War II in the late twentieth century has led to searching questions about the role the region will play in the world. The possibility that China will overtake the United States as a super power suggests the twenty-first century could become an Asian century. Given the dynamism of a new Asia, this study provides a crucial analysis of the origins and development of modern thought in East Asia and the United States, reevaluating the influence of the United States on East Asia in the twentieth century and giving greater voice to East Asians in the growth of their own ideas of modernity.

While an abundance of scholarship exists on postwar modernization, there is a gap in the prewar origins and development of modern ideas in the late nineteenth and early twentieth century. In that time, influential intellectuals on both sides of the Pacific shaped modernity by rejecting the old order, and embracing progress, the new domain of science, democracy, racial relativism, internationalism, and civic duty.

"The book is a seminal work that recalibrates an established narrative of modernity, the West as teacher and the East as pupil." – Prof. Dr. Andreas Niehaus, Head Department Languages and Cultures, Ghent University

"Jon Thares Davidann forces a course correction in modernity studies with his insightful new book showing how from roughly 1860 to 1950 intellectuals from Japan, China, the United States, and Korea contributed to a hybrid form of modernization in East Asia with indigenous roots." - James I. Matray, California State University, Chico

"This book is particularly timely given the current interest in the rise of East Asia in global history. Rarely can one interpret both East Asian and American thoughts as exquisitely as Dr. Davidann. He also tries to transcend both modernization theory and anti-imperialist/anti-American perspective. A very ambitious and important contribution to transpacific intellectual history." – Hiroo Nakajima, Osaka University

"This interactive intellectual history presents an effective argument against civilizational essentialism. It details links in ideas across the Pacific, yet shows that East Asian thinkers led in building the versions of modernity that yielded divergent trajectories for China, Japan, and the U.S." – Patrick Manning, Andrew W. Mellon Professor of World History, Emeritus, University of Pittsburgh

"This insightful and far-reaching study effectively reframes the scholarship on the development of modern East Asia. Arguing that historians too often have overstated the extent of westernization, Davidann reexamines in rich and colorful detail the roles played by many prominent East Asians and Americans in constructing hybrid modernities. In doing so, he significantly expands our understanding of the modern world on both sides of the Pacific." Joseph M. Henning, Associate Professor of History, Undergraduate Program Director, International and Global Studies

"In this groundbreaking book, Davidann dismantles well-worn assumptions about the uniqueness of Western modernity. The remarkable power of East Asian economies demands new explanations for the development of modernity, departing from a singular concept of westernization. Through a close analysis of the intellectual careers of numerous Asians as well as interested Westerners, Davidann argues persuasively for the adoption of new forms of modernity that are unique to East Asian history. The author effectively demonstrates that East Asians modernized on their own terms, creating new social forms and definitions of modernity. The book stands as a much-needed antidote to modernization theory from a previous generation of global historical scholarship, and thus should find an important place on the bookshelf of what is often called "The New World History." - Prof. Rick Warner, Wabash College, President, World History Association, 2016-2017

Jon Davidann has written a wide-ranging and well documented exploration of the intellectual contacts and ideological influences across three of the main global centers of scientific and technological transformations and their political ramifications from the late-nineteenth century to the aftermath of World War II. The depths he manages to plumb in his analyses of the writings and public advocacy across cultures of a constellation of major Japanese, Chinese and American thinkers is remarkable for a comparative study and will become essential reading for scholars and students of this turbulent era in world history. – Michael Adas, University at New Brunswick

A thoughtful and timely book! Jon Thares Davidann examines the emergence of modernity in the late 19th and 20th centuries by analyzing contributions from prominent East Asian and American intellectuals. In  engaging, clear prose, he advances provocative arguments that challenge  assumptions that equate modernity with Westernization. Highly recommended!

– Emily Rosenberg, author of Transnational Currents in a Shrinking World (2014)

Historical Writing and the Limits of Westernization

The Development of Modernity in American Thought, 1890s-1910s

American and Japanese Internationalism and Modernity in the 1920s 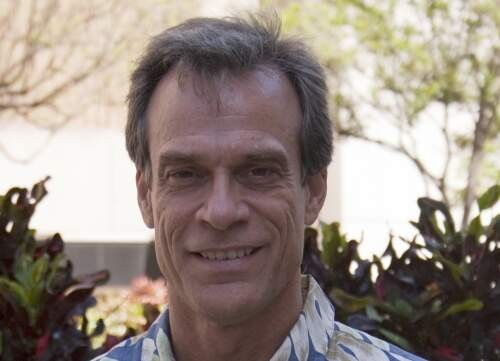