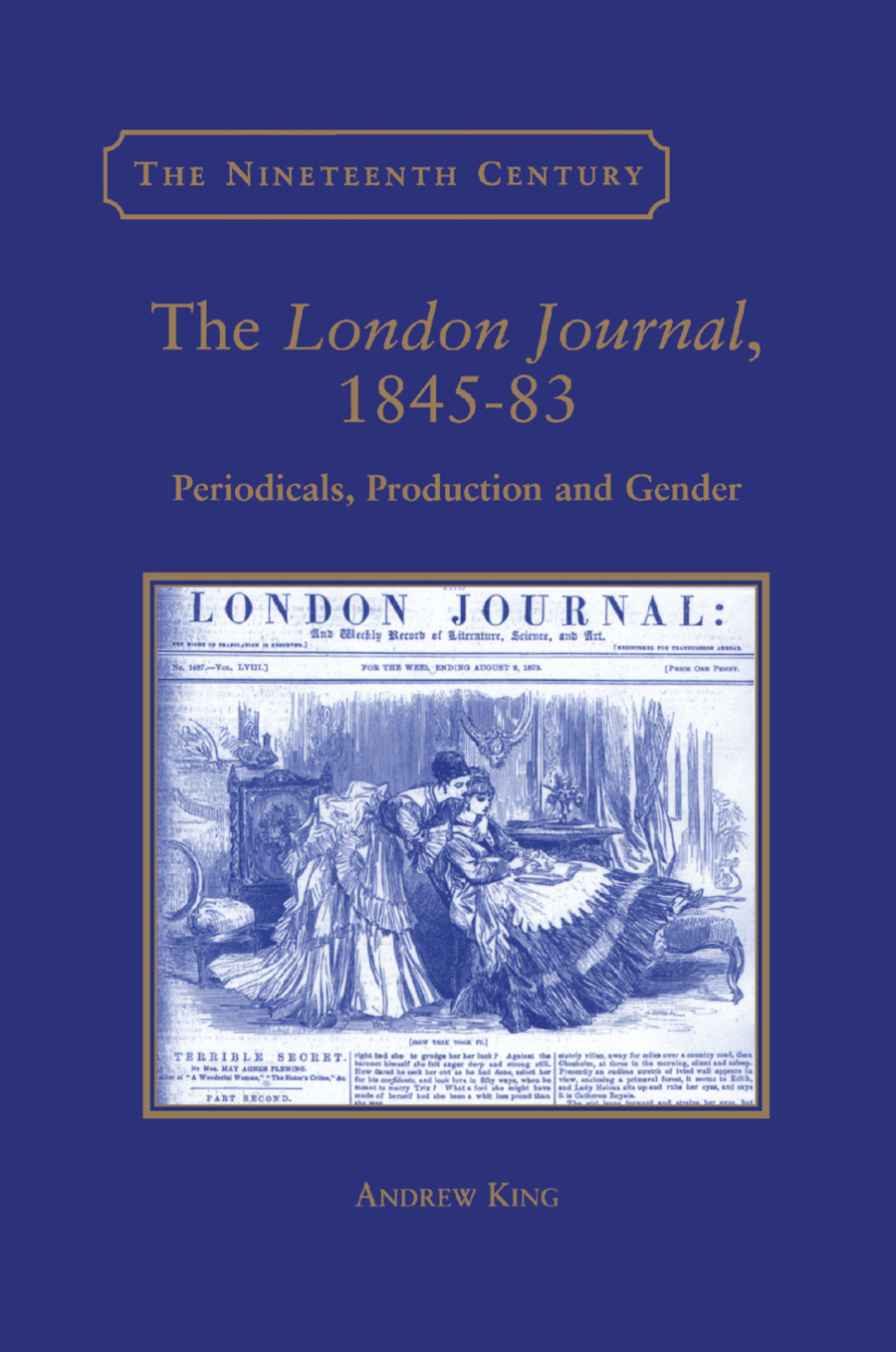 This book is the first full-length study of one of the most widely read publications of nineteenth-century Britain, the London Journal, over a period when mass-market reading in a modern sense was born. Treating the magazine as a case study, the book maps the Victorian mass-market periodical in general and provides both new bibliographical and theoretical knowledge of this area. Andrew King argues the necessity for an interdisciplinary vision that recognises that periodicals are commodities that occupy specific but constantly unstable places in a dynamic cultural field. He elaborates the sociological work of Pierre Bourdieu to suggest a model of cultural 'zones' where complex issues of power are negotiated through both conscious and unconscious strategies of legitimation and assumption by consumers and producers. He also critically engages with cultural theory as well as traditional scholarship in history, art history, and literature, combining a political economic approach to the commodity with an aesthetic appreciation of the commodity as fetish. Previous commentators have coded the mass market as somehow always 'feminine', and King offers a genealogy of how such a gender identity came about. Fundamentally, however, the author relies on new and extensive primary research to ground the changing ways in which the reading public became consumers of literary commodities on a scale never before seen. Finally, King recontextualizes within the Victorian mass market three key novels of the time - Walter Scott's Ivanhoe (serialised in the London Journal 1859-60), Mary Braddon's Lady Audley's Secret (1863), and a previously unknown version of Ã‰mile Zola's The Ladies' Paradise (1883) - and in so doing he lends them radically new and unexpected meanings.

Contents: Preface; Part 1 Periodical Discourse: Periodical questions; Periodical titles; or, 'The London Journal' as a signifier. Part 2 Periodical Production; 1845-9. Theoretical issues; or, genre, title, network, space; Cultural numerology; or, circulation, demographics, debits and credits; 1849-57. Moving from the miscellany; or, J.F. Smith and after; 1857-62. When is a periodical not itself? or, Mark Lemon and his successors; 1862-83. The secret of success; or, American women and British men; Part 3 Periodical Gender; or, the Metastases of the Reader: 1845-55. Gender and the implied reader; or, the re-gendering of news; 1863. Lady Audley's secret zone; or, is subversion subversive?; 1868-83. Dress, address and the vote; or, the gender of performance; 1883: The revenge of the reader; or, Zola out and in; Appendix; References; Index.