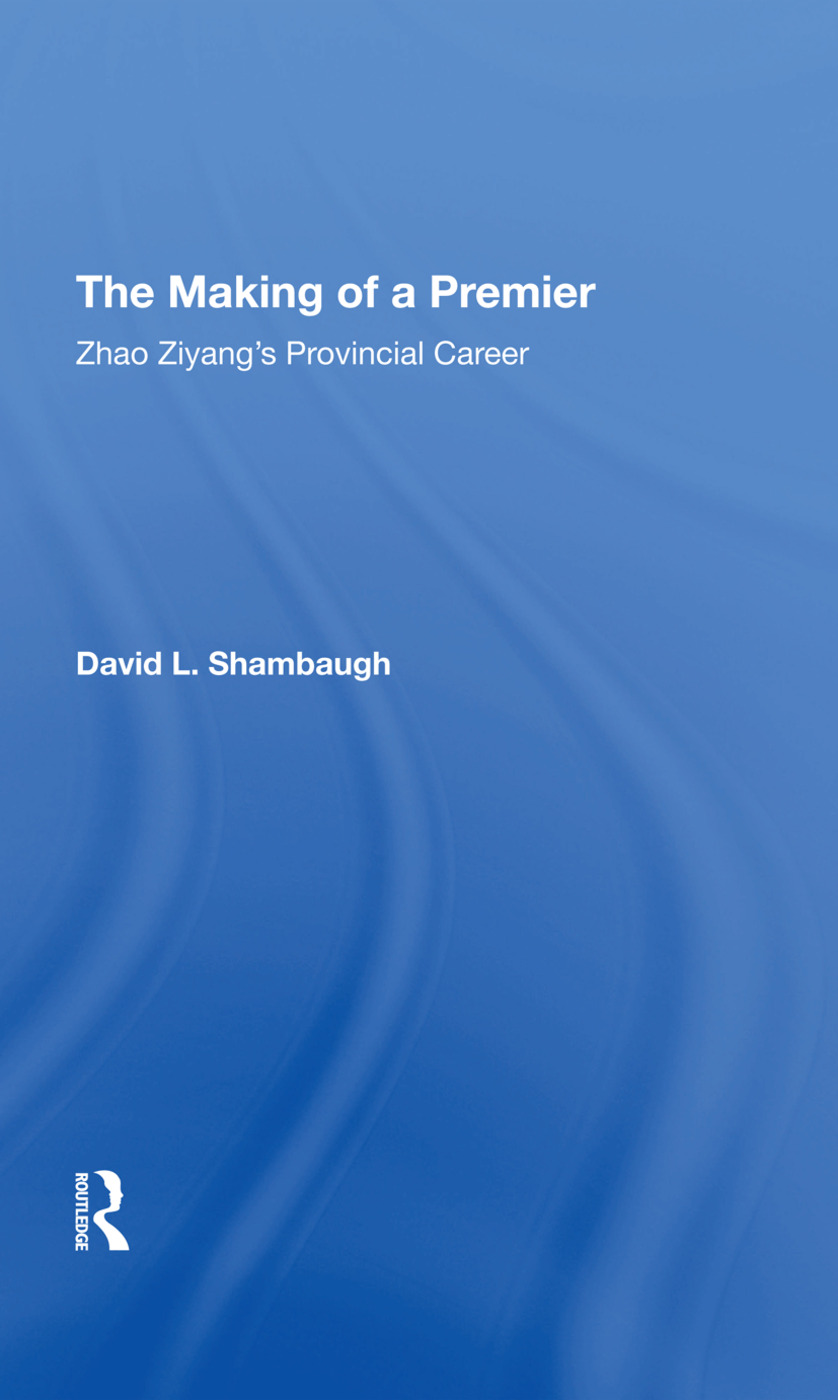 The Making Of A Premier

How did Zhao Ziyang rise through the provincial apparatus of the Chinese Communist Party to become premier in 1980? How did he develop the policies of economic reform in the provinces that have now become national policy? What does Zhao Ziyang’s professional development indicate about upward elite mobility in the Chinese political system? These are the central questions the author addresses in this political biography, tracing Zhao Ziyang’s career in detail from his youth, through the Anti-Japanese War, the 1949 revolution, land reform, a series of political and economic campaigns during the 1950s and 1960s, the Cultural Revolution, political rehabilitation, and the “Sichuan Experience.” Mr. Shambaugh goes beyond a chronological account to elucidate Zhao’s job responsibilities and performance, political and economic philosophy, survival strategies, and behavior during thirty tumultous years in provincial politics. Bringing forth much new information drawn extensively from primary source materials, he also provides insights into the functioning of the post-1949 Chinese political system, especially the interplay between central and provincial politics.

Westview Replica Editions -- Preface -- Introduction -- Pre-1953 Training During Wartime and Establishing Credentials in Guangdong: Land Reform and Personnel and Information Management -- Campaigns and Career Advancement, 1954–1960 -- Capitalizing on the Economy and Campaigning for Power, 1961–1965 -- Losing Power: The Cultural Revolution, 1966–1968 -- Rehabilitation and Return to Guangdong, 1971–1975 -- The “Sichuan Experience”: Blueprint for a Nation, 1976–1979 -- Zhao Ziyang’s Career and Elite Mobility in the Chinese Political System

David L. Shambaugh a doctoral candidate in political science at The University of Michigan, has analyzed Chinese and Asian affairs for the U.S. Senate, Department of State, and National Security Council. His articles on Chinese domestic politics, foreign policy, and military affairs have appeared in several scholarly journals and books.