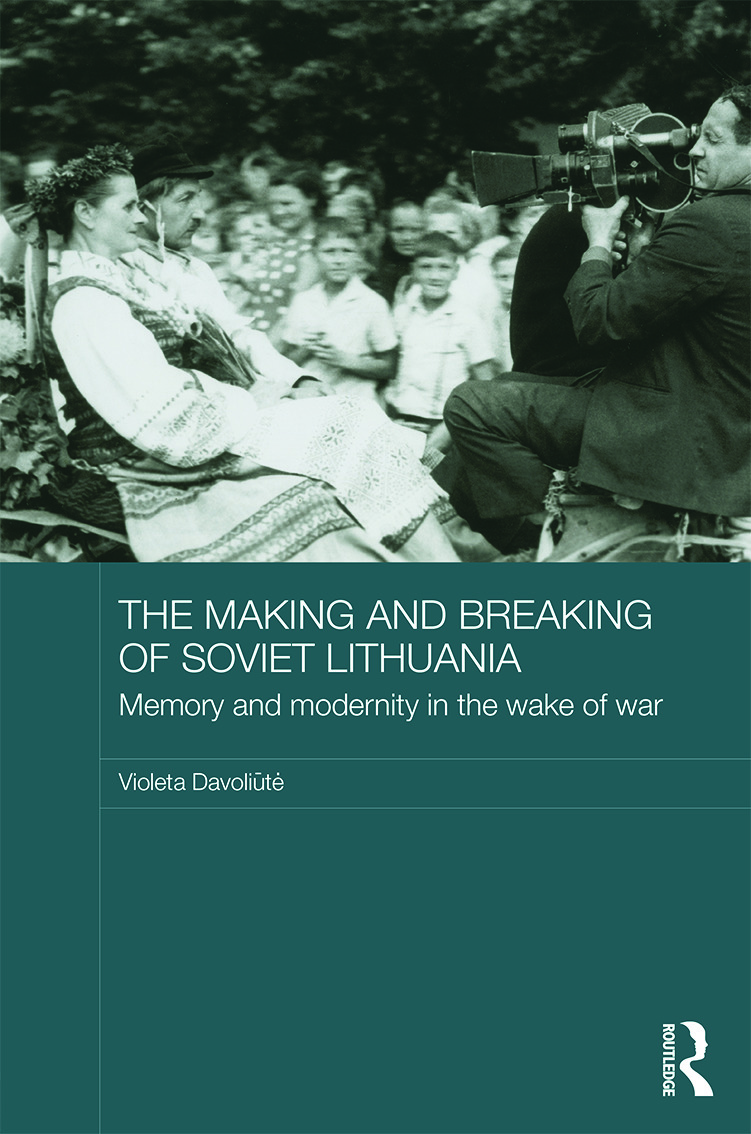 The Making and Breaking of Soviet Lithuania

Memory and Modernity in the Wake of War, 1st Edition

Appearing on the world stage in 1918, Lithuania suffered numerous invasions, border changes and large scale population displacements.The successive occupations of Stalin in 1940 and Hitler in 1941, mass deportations to the Gulag and the elimination of the Jewish community in the Holocaust gave the horrors of World War II a special ferocity. Moreover, the fighting continued after 1945 with the anti-Soviet insurrection, crushed through mass deportations and forced collectivization in 1948-1951. At no point, however, did the process of national consolidation take a pause, making Lithuania an improbably representative case study of successful nation-building in this troubled region. As postwar reconstruction gained pace, ethnic Lithuanians from the countryside – the only community to remain after the war in significant numbers – were mobilized to work in the cities. They streamed into factory and university alike, creating a modern urban society, with new elites who had a surprising degree of freedom to promote national culture. This book describes how the national cultural elites constructed a Soviet Lithuanian identity against a backdrop of forced modernization in the fifties and sixties, and how they subsequently took it apart by evoking the memory of traumatic displacement in the seventies and eighties, later emerging as prominent leaders of the popular movement against Soviet rule.

"The book is a solid study on contemporary Lithuanian history, admittedly tailored to historians in general and Baltic scholars in particular, but which might appeal to a broader audience too." FRANCESCO LA ROCCA, Central European University

"Davoliute’s engaging book makes it clear that the Soviet period should be viewed less as a parenthesis in Lithuania’s grand narrative than as a 50-year period that, for better and for worse, profoundly shaped modern Lithuania." KEVIN C. O’CONNOR, Gonzaga University

"The book is very timely, well-written, and thought-provoking. It certainly marks the qualitative development of studies of Lithuanian national culture beyond internalist, institutional accounts of folk culture and language-based ethnic nationalism by explicating underlying social mechanisms that enabled these particular discourses of national culture to rise to prominence. As such, Davoliute’s study is an important step toward the acknowledgment of a greater social complexity underpinning Soviet and post-Soviet culture, and will certainly stimulate further studies in this direction." - Volume 15 of Ab Imperio in 2014

Introduction: Misplaced Memories 1. Modernity and Tradition between the Wars 2. War, the City and the Country 3. Reconstruction and Nation Building 4. Engineers of Urban Souls 5. A Soviet Lithuanian Renaissance 6. Soviet Modernity and its Limits 7. The Rustic Turn 8. The Rustic Revolution Epilogue: Memory’s Many Returns

Violeta Davoliute is a researcher and freelance journalist based at the Department of History, Vilnius University. She has published widely in the fields of memory, trauma and cultural studies in Eastern Europe. Her most recent book is Maps of Memory: Trauma, Identity and Exile in Deportation Memoirs from the Baltic States. Vilnius, 2012 (co-edited with T. Balkelis).