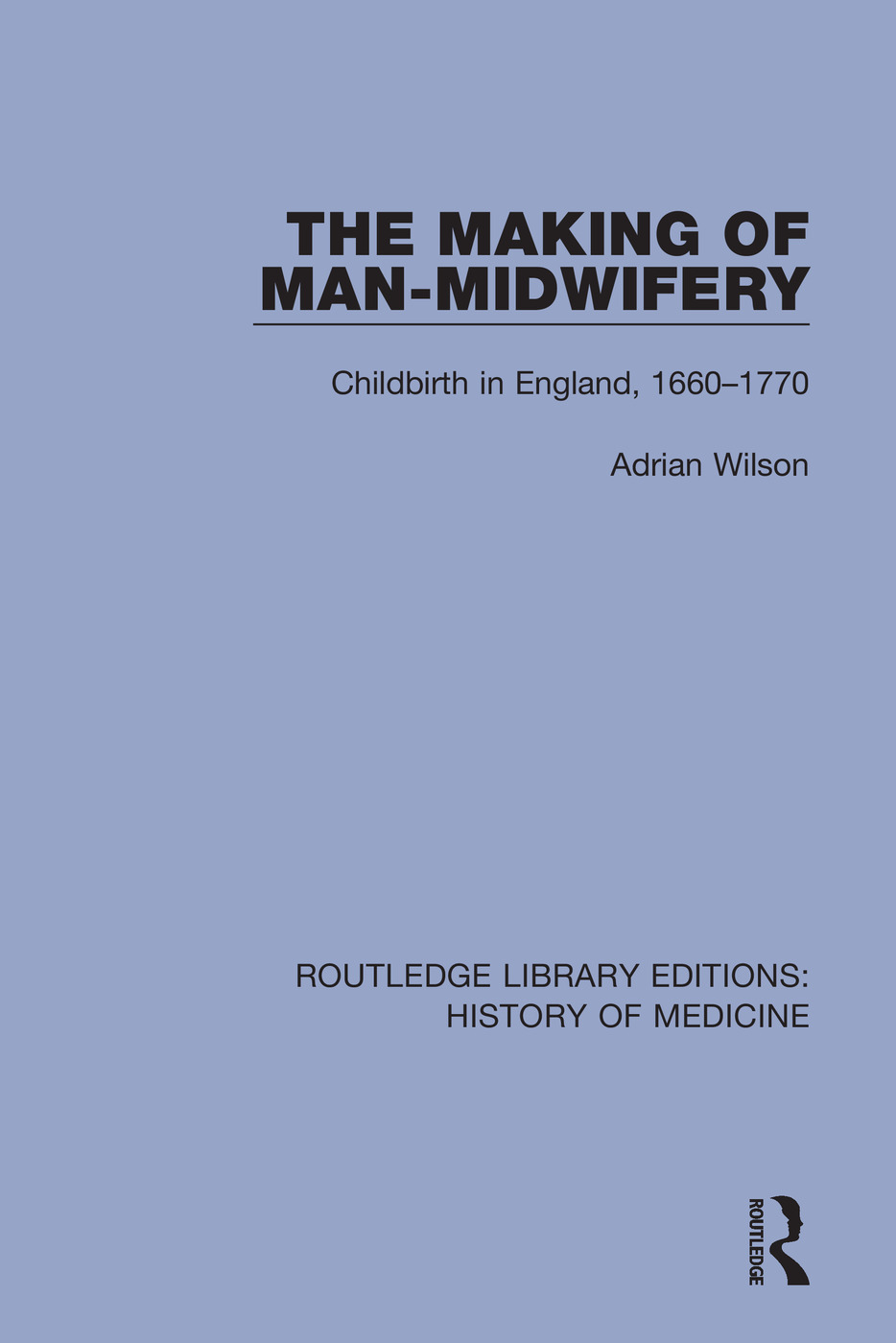 Originally published 1995 The Making of Man-Midwifery looks at how the eighteenth century witnessed a revolution in childbirth practices. By the last quarter of the century increasing numbers of babies were being delivered by men – a dramatic shift from the women-only ritual that had been standard throughout Western history. This authoritative and challenging work explains this transformation in medical practice and remarkable shift in gender relations. By tracing the actual development and transmission of the new midwifery skills through the period, the book addresses both technological and feminist arguments of the period. The study is distinctive in treating childbirth as both a bodily and a social event and in explaining how the two were intimately connected. Practical obstetrics is shown to have been shaped by the social relations surrounding deliveries, and specific techniques were associated with distinctive places and political allegiances. The books studies how increasing numbers emergent male-midwives had overtaken women in the skill of delivering children and how as such expectant mothers chose to use these male-midwives, thus heralding the growth of male-midwives in the period.

Part I: The Traditional Management of Birth

2. The Bodily Processes of Childbirth

3. The Practices of Midwives

5. The Chamberlen Instruments and Their Sale

6. The Forceps Contested: The London Deventrians

7. The Impact of the Forceps

10. John Bamber, the Vectis, and the City of London

Part IV: The Man as Midwife

13. William Hunter: The Man as Midwife