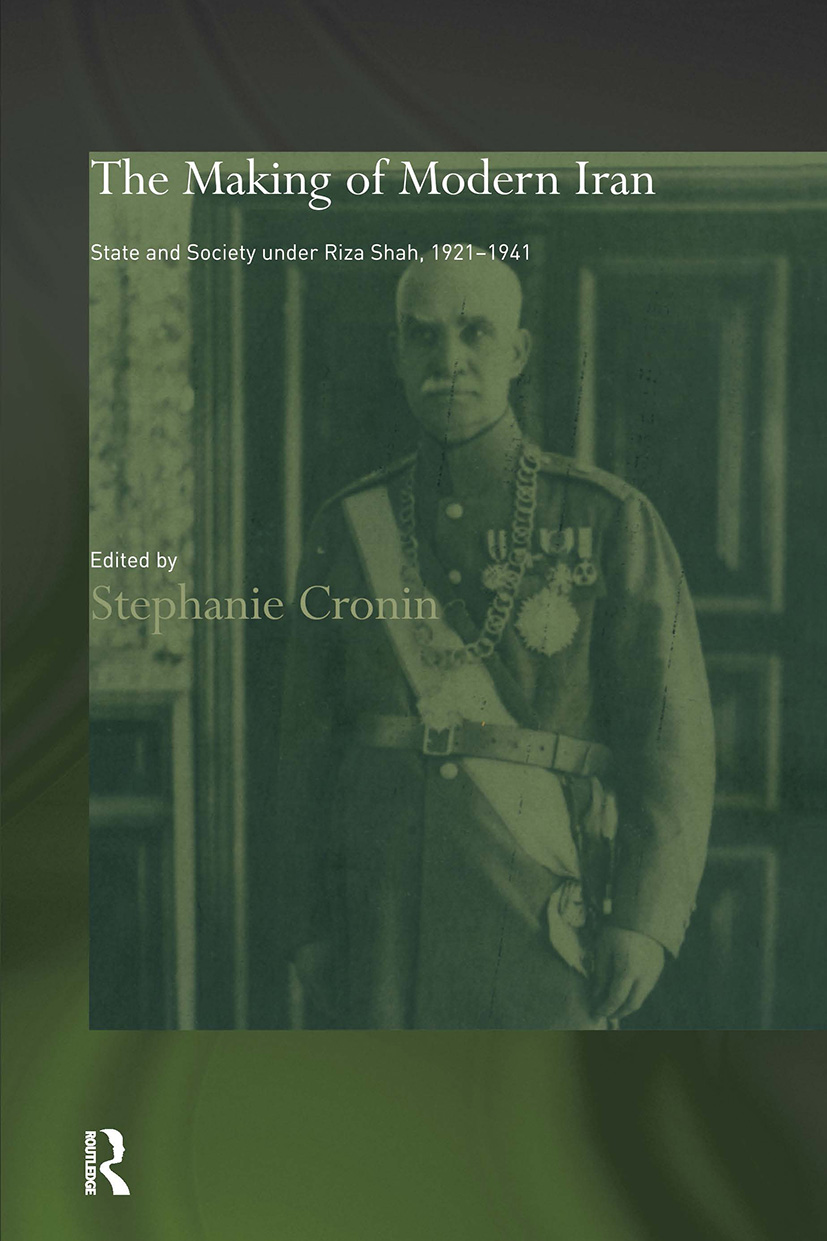 The Making of Modern Iran

This collection of essays, by a distinguished group of specialists, offers a new and exciting interpretation of Riza Shah's Iran. A period of key importance, the years between 1921-1941 have, until now, remained relatively neglected. Recently, however, there has been a marked revival of interest in the history of these two decades and this collection brings together some of the best of this recent new scholarship.

Illustrating the diversity and complexity of interpretations to which contemporary scholarship has given rise, the collection looks at both the high politics of the new state and at 'history from below', examining some of the fierce controversies which have arisen surrounding such issues as the gender politics of the new regime, the nature of its nationalism, and its treatment of minorities.

Introduction Part 1: The New State 1. Riza Shah's Political Legitimacy and Social Base, 1921-1941 2. Riza Shah and the Paradoxes of Military Modernization in Iran 3. Mudarris, Republicanism and the Rise of Power of Riza Khan, Sardar-i Sipah Part 2: International Relations 4. Riza Shah's 1927-28 Abrogation of Capitulations Michael Zirinsky Chapter 5. Performing the Nation: The Shah's Official State Visit to Kemalist Turkey, June-July 1934 Part 3: Culture and Ideology 6. Transforming Dangerous Nomads into Useful Artisans, Technicians, Agriculturalists: Education in the Riza Shah Period 7. Triumphs and Travails of Authoritarian Modernization in Iran 8. Expanding Agendas for the "new" Iranian Woman: Family Law, Work and Unveiling 9. Riza Shah Pahlavi and Women: A Re-evaluation 10. The Banning of the Veil and its Consequences Part 4: The Tribes 11. Riza Shah and the tribes: An Overview 12. The Case of the Shahsevan 13. Riza Shah and the Disintegration of Bakhtiyari Power in Iran, 1921-1934