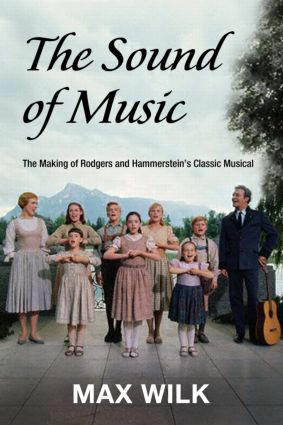 The Making of the Sound of Music

The Sound of Music was the last – and most successful – collaboration of two giants of the musical theater, Richard Rodgers and Oscar Hammerstein. Enjoying a long run on Broadway and then transformed into a major hit film--recently reissued in a 40th anniversary edition on DVD with new footage – The Sound of Music remains among the most produced musicals by professional and amateur companies around the world.

This book tells the full story of the making of the show, from the first rough ideas through the tryouts, fine tuning, and eventual triumph – all from an eyewitness to the events themselves. Wilk brings a musical theater historian's eye to the work, along with his passionate involvement as a witness to this history. For anyone and everyone who has ever thrilled to The Sound of Music, this book will be a must.

'Wilk knows his facts and presents us with a compelling, dramatic and often amusing story behind the story.' – Lee Pfeiffer, www.cinemaretro.com

Max Wilk is one of America's leading theater historians. He has written over 24 acclaimed books on musical theater books on musical theater history, including They're Playing Our Song, Overture and Finale, Schmucks with Underwoods, OK! The Story of Oklahoma, and many others. He has also written for radio, television, and films, including the script for the Beatles's animated adventure, Yellow Submarine.