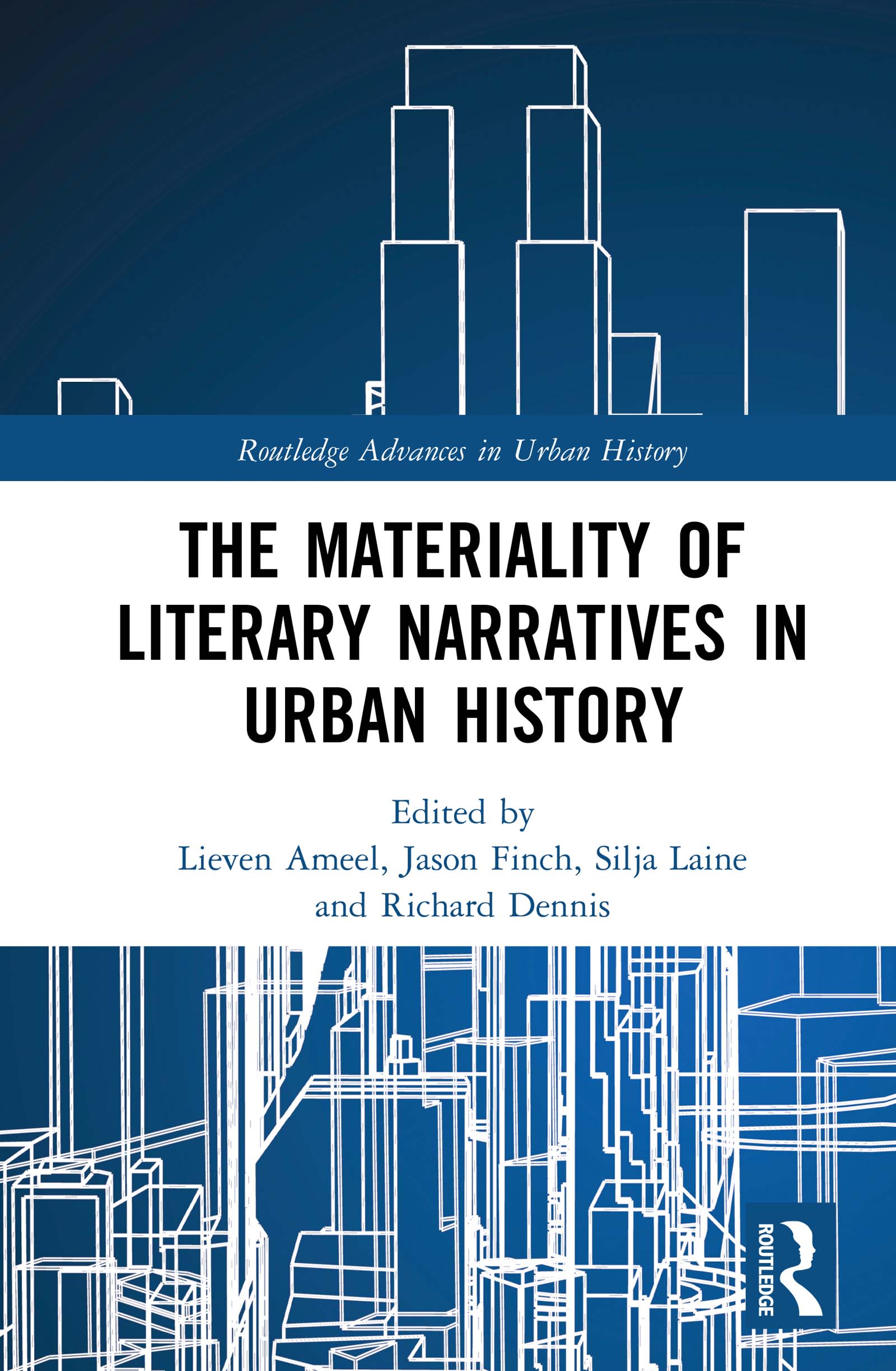 The Materiality of Literary Narratives in Urban History

The Materiality of Literary Narratives in Urban History explores a variety of geographical and cultural contexts to examine what literary texts, grasped as material objects and reflections on urban materialities, have to offer for urban history.

The contributing writers’ approach to literary narratives and materialities in urban history is summarised within the conceptualisation ‘materiality in/of literature’: the way in which literary narratives at once refer to the material world and actively partake in the material construction of the world. This book takes a geographically multipolar and multidisciplinary approach to discuss cities in the UK, the US, India, South Africa, Finland, and France whilst examining a wide range of textual genres from the novel to cartoons, advertising copy, architecture and urban planning, and archaeological writing. In the process, attention is drawn to narrative complexities embedded within literary fiction and to the dialogue between narratives and historical change.

The Materiality of Literary Narratives in Urban History

has three areas of focus: literary fiction as form of urban materiality, literary narratives as social investigations of the material city, and the narrating of silenced material lives as witnessed in various narrative sources.

2. Between the Street and the Drawing Room: Slumming in Eliot’s Early Poetry

3. Recycling Fictions in the City: Don DeLillo and the Materiality of Waste

5. Sensory Environments of Poverty Seen Through the Writings of Runar Schildt, Toivo Tarvas, and Elvi Sinervo

6. "Quite an Aristocratic Place, Although in Whitechapel": Hospital Topographies and Margaret Harkness's Writing of London

8. “On the Square”: Constructing the Dangers of Depression-Era London in Ada Chesterton’s Social Investigations

9. "Would You Adam-and-Eve-It?": Geography, Materiality and Authenticity in Novels of Victorian and Edwardian London

10. The Literary Adventure of the Skyscraper in France (1893–1930): Literary Narratives and Urban Architecture Between Fiction and Reality

11. The Unconfessed Architecture of Cape Town

12. City Tales in Dialogue: Vijayanagara through Travelogues and Archaeology

teaches at Åbo Akademi University in Finland. He is the author or editor of six books, most recently Deep Locational Criticism (2016) and Literary Second Cities (co-edited, 2017). Research interests include modern urban literatures, especially UK and US, and theories and methodologies of space and place in literary studies.

is an urban historian with a background in cultural history and landscape studies. Her research interests range from urban literature and visual culture to environmental humanities. She currently works as a post-doctoral researcher in Landscape Architecture at the School of Arts, Design and Architecture, Aalto University, Finland.

is Emeritus Professor of Geography at University College London. He is co-editor of Architectures of Hurry (2018) and author of Cities in Modernity (2008) as well as numerous book chapters and journal articles on nineteenth- and twentieth-century London and Toronto, including essays on literary representations of both cities.

This series showcases original and exciting new work in urban history. It publishes books that challenge existing assumptions about the history of cities, apply new theoretical frames to the urban past and open up new avenues of historical enquiry. The scope of the series is global, and it covers all time periods from the ancient to the modern worlds.