The Mathematics of Politics

The Mathematics of Politics

It is because mathematics is often misunderstood, it is commonly

believed it has nothing to say about politics. The high school

experience with mathematics, for so many the lasting impression

of the subject, suggests that mathematics is the study of numbers,

operations, formulas, and manipulations of symbols. Those

believing this is the extent of mathematics might conclude

mathematics has no relevance to politics. This book counters this impression.

The second edition of this popular book focuses on mathematical reasoning

about politics. In the search for ideal ways to make certain kinds

of decisions, a lot of wasted effort can be averted if mathematics can determine that

finding such an ideal is actually impossible in the first place.

In the first three parts of this book, we address the following three

(1) Is there a good way to choose winners of elections?

(2) Is there a good way to apportion congressional seats?

In the fourth and final part of this book, we examine the Electoral

College system that is used in the United States to select a president.

earlier parts of the book.

Which Methods Are Good?

Variations on a Theme

Notes on Part I

The Method of Balinski and Young

History of Apportionment in the United States

Solutions to Odd-Numbered Exercises and Problems

E. Arthur Robinson, Jr. is a Professor of Mathematics a Professor of mathematics at the George Washington University, where he has been since 1987. Like his coauthor, he was once the department chair. His current research is primarily in the area of dynamical systems theory and discrete geometry. Besides teaching the Mathematics and Politics course, he is teaching a course on Math and Art for the students of the Corcoran School the Arts and Design.

Daniel H. Ullman is a Professor of Mathematics at the George Washington University, where he has been since 1985. He holds a Ph.D. from Berkeley and an A.B. from Harvard. He served as chair of the department of mathematics at GW from 2001 to 2006, as the American Mathematical Society Congressional Fellow from 2006 to 2007, and as Associate Dean for Undergraduate Studies in the arts and sciences at GW from 2011 to 2015. He has been an Associate Editor of the American Mathematical Monthly since 1997. He enjoys playing piano, soccer, and Scrabble. 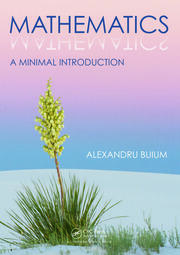 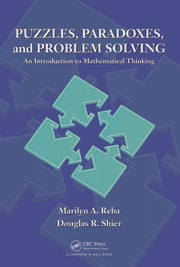 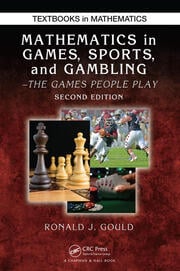