The Mediatization of Religion
When Faith Rocks 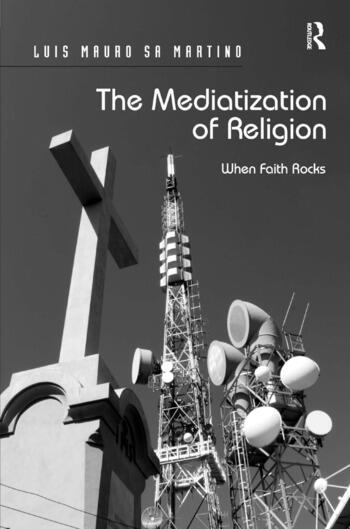 The Mediatization of Religion: When Faith Rocks

Filling a significant gap in the literature by offering a theoretical framework by which we can understand the issues of media, religion and politics Luis Mauro Sa Martino asks how can a religious denomination have any sort of influence on people in a secular age? The author presents data which suggests that the presence and influence of religion in public affairs around the world has been strongly supported by the use of media communication, and highlights the way some religions have adopted media communication and drawn on popular culture to build their message. The use of media enables a religion to reach more people, attract more members and generate more income but also increases religious influence on public matters. The book offers a number of case studies and contemporary examples to illustrate the theory, and will be essential reading for all students and scholars of media, politics and all those interested in the part religion plays in our society.

Contents: Preface; Introduction: addressing the questions; Part I Dimensions of Mediated Religion and the Public Space: Mediation and mediatization of religion, a North-South dialogue; What makes religion suitable for mediatization?; Mediated religion in a mediatized society: the public visibility of religion. Part II Mediated Religion, Religious Practices and Culture: High-mediated, low-mediated, and some differences among denominations; The politics of the body, appearance and aesthetics in mediated religion; Borrowing styles from the media; Conclusions: ’Social networking? Yeah, we do that. Jump in and join us!’; Bibliography; Index.

’Few people doubt the importance of media or religion in the modern world. But what is not often recognised is the connection between the two. In The Mediatization of Religion: When Faith Rocks, Luis Mauro Sa Martino provides a fascinating insight into what some might label ’an unholy alliance’. This book reveals how the contemporary church communicates with its believers, and how faith and fandom are forged together.’ John Street, University of East Anglia, UK ’The author provides a scholarly yet accessible examination of the way western churches use the media to communicate their religious message. His finding that media techniques have become an integral part of religious denominations, including the adoption of logos which challenge the supremacy of the cross as a Christian symbol, offers a fascinating new insight into religion today.’ Mick Temple, Staffordshire University, UK