The Medical Elite
Training for Leadership 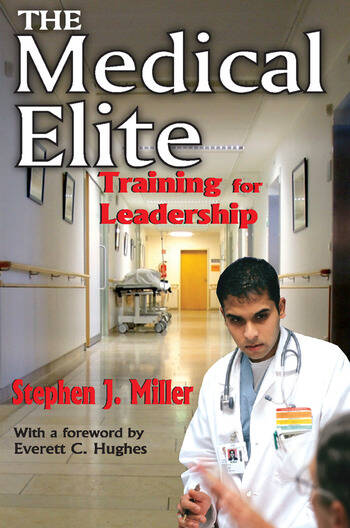 The Medical Elite: Training for Leadership

In the tradition of C. Wright Mills, Stephen J. Miller defines and analyzes the power of the medical elite in American elite. He describes a group of interns who are becoming the successors of the physicians who determine the character of medicine in a complex society. The group is at the Harvard Medical Unit of the Boston City Hospital, and its members are heirs apparent to the elite of the medical profession.

Miller spent more than a year living with these interns. He observed them as they worked on the wards, in clinics, and on the accident floor. He interviewed interns, administrators, teachers, researchers, and other personnel at the university-affiliated hospital. He describes how members of the elite are chosen and promoted, discusses what makes them elite, and demonstrates how they maintain their elite status. In the course of his analysis he describes fully the training of these young physicians and how their internship prepares them for the future role in medicine. The thrust of the book is to document the training of interns in a big-city hospital and to describe the operations and self-perpetuating tactics of elite.

The best or the elite of the medical profession, explains Miller, are teachers and researchers at medical schools and particularly those at "name" schools and their affiliated hospitals. More than half of those who served in the internship program went on to become professors, deans, chairmen, and administrators in those institutions. The author describes how interns serve the purpose of the elite they may someday join: they provide the bulk of the medical care at the hospital and, by so doing, free the researchers so that they are able to spend more time in the laboratory. While much of what interns do is everyday tasks of caring for patients, those who serve such internships are taking the first step on a route that leads to membership in the medical elite

Acknowledgments
Foreword
1.The Medical Elite—A Framework for the Study
2.Problems and Proof of Observations
3.The Harvard Unit at Boston City Hospital
4.Candidates for the Medical Elite
5.The Work of an Internship
6.Learning the Work of an Internship
7.Social Exchange and Dynamics of Work
8.Perspectives on Work
9.Is an Elite Internship Different?
10.Conclusion
Appendix: The Performance of Harvard Interns on Part III of the National Boards
Index