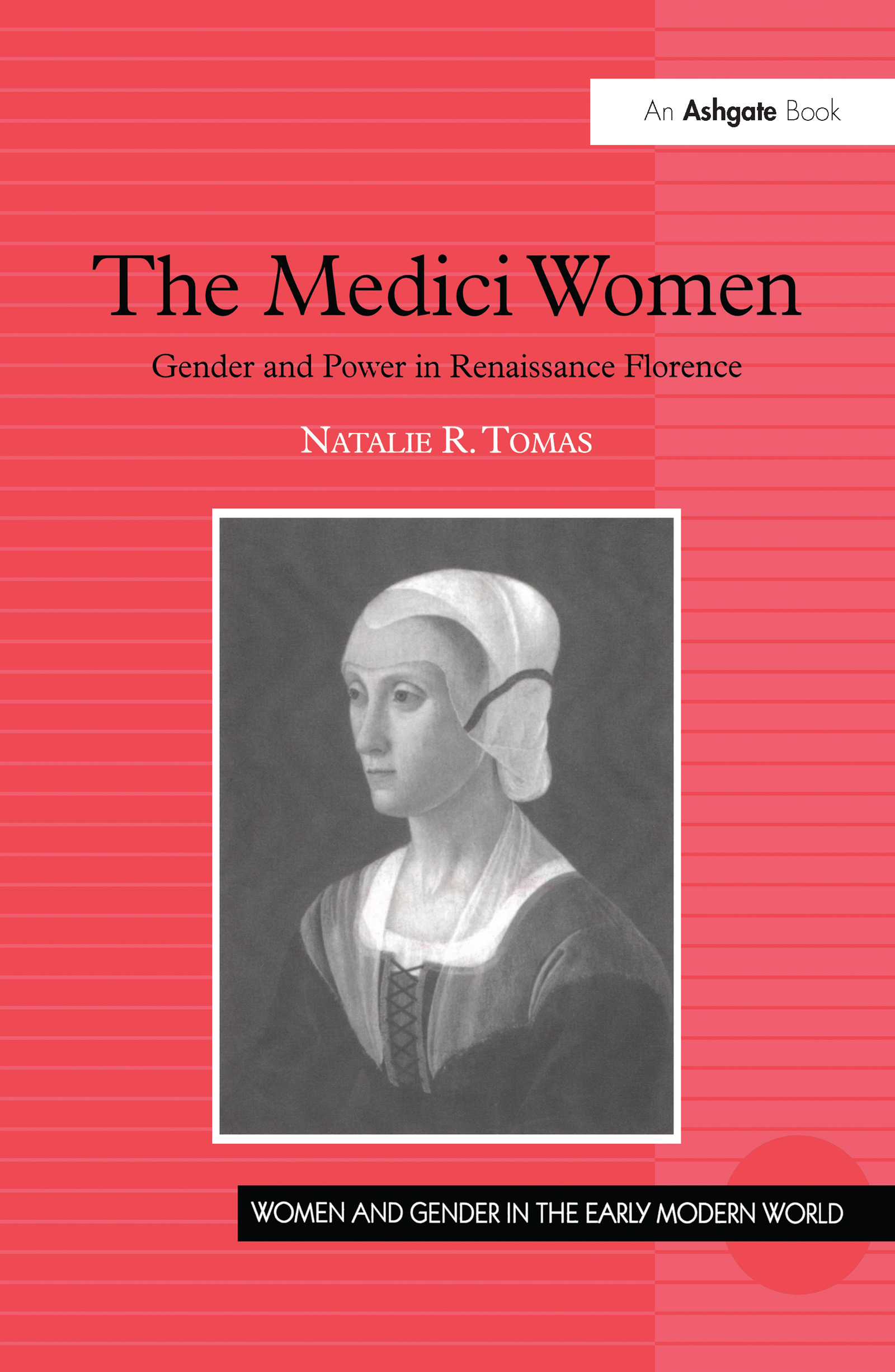 The Medici Women is a study of the women of the famous Medici family of Florence in the fifteenth and early sixteenth centuries. Natalie Tomas examines critically the changing contribution of the women in the Medici family to the eventual success of the Medici regime and their exercise of power within it; and contributes to our historical understanding of how women were able to wield power in late medieval and early modern Italy and Europe. Tomas takes a feminist approach that examines the experience of the Medici women within a critical framework of gender analysis, rather than biography. Using the relationship between gender and power as a vantage point, she analyzes the Medici women's uses of power and influence over time. She also analyzes the varied contemporary reactions to and representation of that power, and the manner in which the women's actions in the political sphere changed over the course of the century between republican and ducal rule (1434-1537). The narrative focuses especially on how women were able to exercise power, the constraints placed upon them, and how their gender intersected with the exercise of power and influence. Keeping the historiography to a minimum and explaining all unfamiliar Italian terms, Tomas makes her narrative clear and accessible to non-specialists; thus The Medici Women appeals to scholars of women's studies across disciplines and geographical boundaries.

'A pathbreaking book that provides a novel account of the power and influence exercised by Medici women in the fifteenth and early sixteenth centuries … combines sound knowledge of theoretical gender issues with seemingly total control of the extensive new archival material on which this study is based … essential reading for all historians of the Medici and Renaissance Italy, as well as for the even larger constituency of those interested in gender and cultural history.' Alison M. Brown, Professor Emeritus of Italian Renaissance History, Royal Holloway, University of London 'Natalie Tomas applies current interest in the intersection of gender and power to forging a fascinating account of the surprising variety of ways the Medici women influenced and sometimes shaped their menfolk's rule over Florence and the Papacy.' Stanley Chojnacki (University of North Carolina-Chapel Hill), author of Women and Men in Renaissance Venice '… a truly splendid resource for anyone interested in the history of women not only in Renaissance Florence but also in medieval and early modern Europe.' Australian Book Review 'This careful monograph analyzes the role of women in Medici family politics…Of interest particularly to scholars of Renaissance Italy and historians of women in the early modern period. Recommended.' Choice 'Tomas's work not only makes the reader question the manner in which women exerted influence in the Medici regime, but suggests an entirely new way of thinking of early modern power structures. She is uncompromising in her view that despite titles of authority (exclusive to men) and legislation that often prevented women from attending meetings or conducting contractual business affairs, women were effectively working to satisfy their own wants and needs within a system that apparently excluded them.' Sixteenth Century Journal 'Tomas's abundantly detailed study is a boon not only for specialists of the Italian Renaissance, but for those interested in th

Contents: Introduction; The locus of power; The exercise of power; Medici matronage; In exile; At the Papal Court; The 'problem' of a female ruler; Afterword; Bibliography; Index.