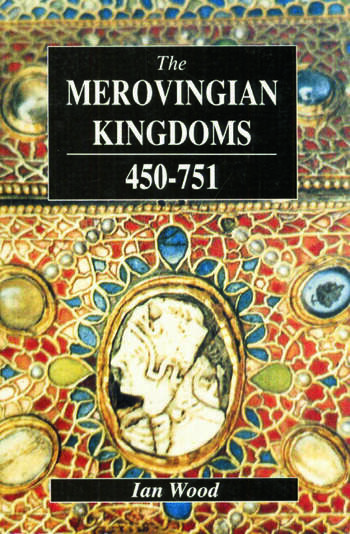 A comprehensive survey which begins with the rise of the Franks, then examines the Merovingians.

List of abbreviations.  Preface.  Introduction: Constructing Merovingian History.  1. The Barbarians in Gaul.  2. Literary continuity anddiscontinuity: Late-fifth-and-sixth-century culture.  3. The establishment of Merovingian power: the Franks before 537.  4. Kings and kingdoms: the structure of the realm in the 6th century.  5. The limites of ecclesiastical power: Episocopal jurisdiction and politics.  6. Stability in disunity: the civil wars of the 6th century.  7. Laws and law-codes: Merovingian legislation.  8. Royal women: Fredegund, ~Brunhilda and Radegund.  9. Redefining the Kingdom: Chlothar II, Dagobert I, Sigibert III and Clovis II.  10. The Merovingians and their neighbours.  11. The place of the monasteries: politics and the religious life, 613-64.  12. Land, wealth and the economy.  13. The failure of consensus: Merovingian politics from 656-80.  14. The culture of churchmen: education, theology and book-production in the later 7th century.  15. The check on ambition: Merovingian politics, 680-721.  16. Towards reunification: wars and politics, 721-751.  17. The Northern Emporia: Quentovic, Dorestad and the `Sceatta' economy.   18. Mission aaccomplished: the Merovingian church east of the Rhine.  Conclusion: The Merovingian achievement.