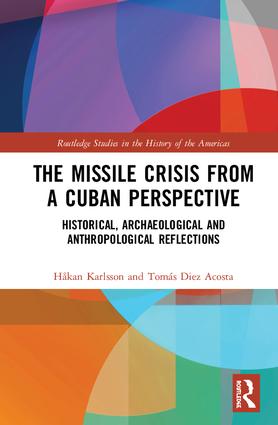 The Missile Crisis from a Cuban Perspective

Previous works on the Cuban Missile Crisis (1962) have approached the topic from the point of view of the U.S. and its allies, while Cuban experiences have still not been sufficiently discussed. This book presents new aspects which have seldom – or never – been offered before, giving a detailed account of the crisis from a Cuban perspective. It also investigates the archaeological and anthropological aspects of the crisis, by exploring the tangible and intangible remains that still can be found on the former Soviet missile bases in the Cuban countryside, and through interviews which add a local, human dimension to the subject.

1. The Threat of a Direct U.S. Invasion of Cuba

2. Deployment of Soviet Troops in Cuba

3. The Secrecy of the Operation

4. Spy Flights and the Cuban Reply

7. Neglected Dimensions and Their Revealing

8. The Material Remains and Its Reuse

10. The Use of the Former Missile Bases as Cultural Heritage

Håkan Karlsson is Professor in Archaeology at the Department of Historical Studies, University of Gothenburg Sweden.

Routledge Studies in the History of the Americas