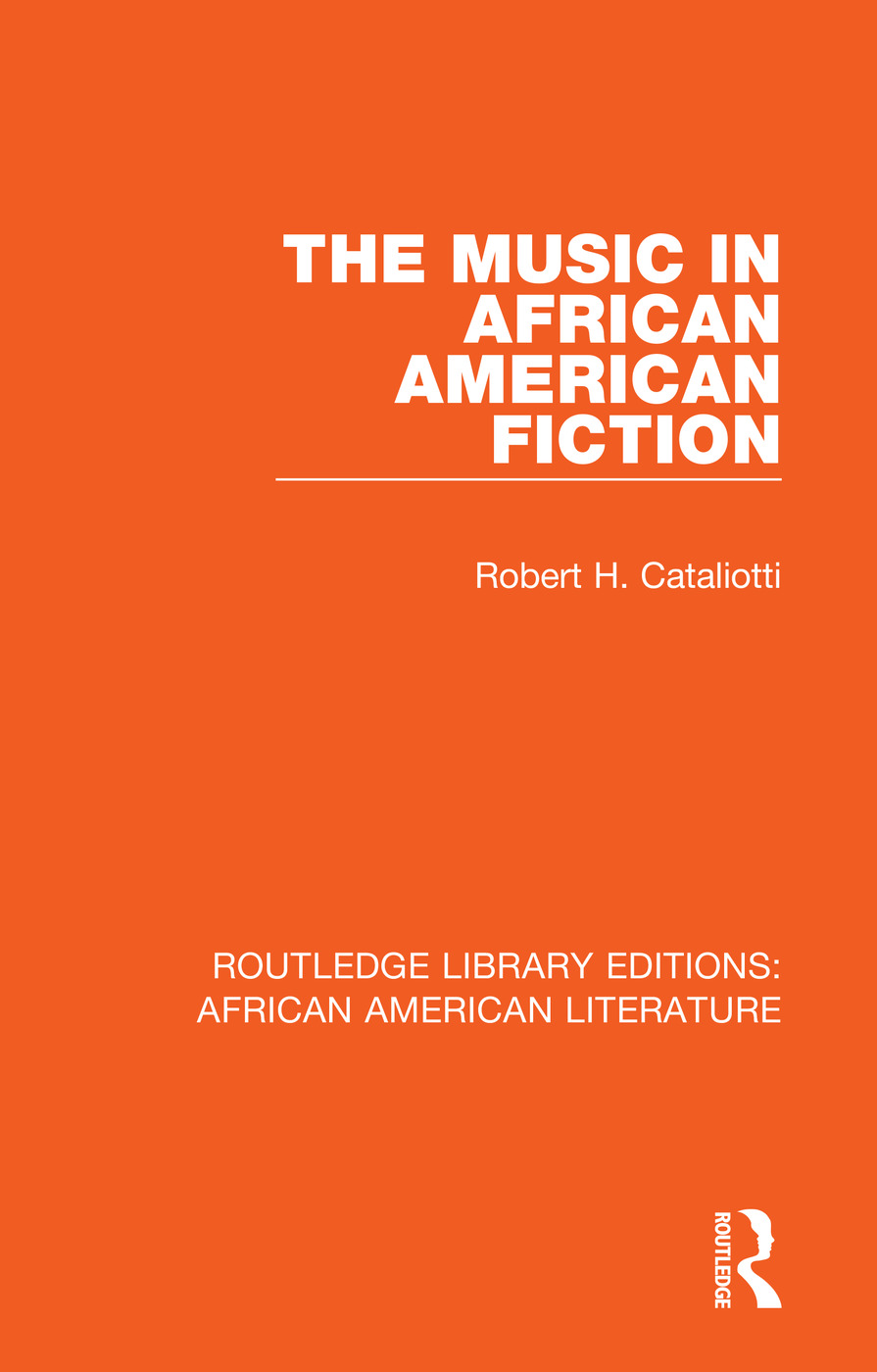 The Music in African American Fiction

Originally published in 1995, The Music of African American Fiction is a historical analysis of the tradition of representing music in African American fiction. The book examines the impact of evolving musical styles and innovative musicians on black culture as is manifested in the literature. The analysis begins with the slave narratives and the emergence of the first black fiction of the antebellum years and moves through the Reconstruction. This is followed by analyses of definitive fictional representations of African American music from the turn-of-the-century through Harlem Renaissance, the Depression and World War II eras through the 1960s and the Black Arts Movement. The representation of black music shapes a lineage that extends from the initial chronicles written in response to sub-human bondage to the declarations of an autonomous "black aesthetic" and dramatically influences the evolution of an African American literary tradition.

Part I: "They Sang a Song of Triumph

Part II: "Depths to Which Mere Sound Had No Business to Go"

3. "The Most Treasured Heritage of the American Negro", James Weldon Johnson

Part III: "The Only True History of the Times"

5. "Not Many People Ever Really Hear It", Richard Wright, Ann Petry & James Baldwin

6. "The Brother Does Not [Does] Sing, Ralph Ellison

Part IV: "The Length of the Music Was the Only Form"

7. "There Must be Some People Who Lived for Music", Margaret Walker & William Melvin Kelley

8. "The Sound Baked Inside Their Heads", Amiri Baraka & Henry Dumas

Coda: "What Good is a Liturgy Without a Text?"

The volumes in this set, originally published between 1995 and 1999, is a collection of works by leading academics on African American Literature. The set provides a rigorous examination of the effect of music in the culture of African American society, and how it has impacted the literature of African American writers, it also looks at the presentation of black women in the writings of both black and white writers throughout the nineteenth and twentieth century. Finally the book looks at the experience of black writers living abroad. This set will be of particular interest to students and practitioners of literature, history and specifically black American history.