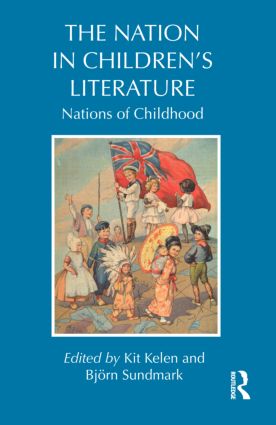 The Nation in Children's Literature

This book explores the meaning of nation or nationalism in children’s literature and how it constructs and represents different national experiences. The contributors discuss diverse aspects of children’s literature and film from interdisciplinary and multicultural approaches, ranging from the short story and novel to science fiction and fantasy from a range of locations including Canada, Australia, Taiwan, Norway, America, Italy, Great Britain, Iceland, Africa, Japan, South Korea, India, Sweden and Greece. The emergence of modern nation-states can be seen as coinciding with the historical rise of children’s literature, while stateless or diasporic nations have frequently formulated their national consciousness and experience through children’s literature, both instructing children as future citizens and highlighting how ideas of childhood inform the discourses of nation and citizenship. Because nation and childhood are so intimately connected, it is crucial for critics and scholars to shed light on how children’s literatures have constructed and represented historically different national experiences. At the same time, given the massive political and demographic changes in the world since the nineteenth century and the formation of nation states, it is also crucial to evaluate how the national has been challenged by changing national languages through globalization, international commerce, and the rise of English. This book discusses how the idea of childhood pervades the rhetoric of nation and citizenship, and how children and childhood are represented across the globe through literature and film.

"The volume, which belongs to the publisher's long-standing series on cultural aspects of children's literature, includes topics that are often overlooked, that hold the reader's interest, and that have academic merit. Summing Up: Recommended." --C. E. Epple, Ursuline College, CHOICE

"… many scholars will find something useful in this volume, whether it be an explication of a critically ignored international children's text of a generative approach to the question of childhood citizenship." --Children's Literature Association Quarterly

First Things – Introduction by Kit Kelen and Björn Sundmark I. The Child and the Nation – Lessons in Citizenship 1. A New "Bend in the Road": Navigating Nationhood through L. M. Montgomery’s Anne of Green Gables Danielle Russell 2. Ski Tracks in the Wilderness: Nature and Nation in Norwegian Young Adult Books from the 1930s Svein Slettan 3. Wild Nature Revisited: Negotiations of the National Self-Imagination Kristin Ørjasaeter II. Subversive Tales – Critiquing the Nation 4. Dangerous Children and Children in Danger: Reading American Comics under the Italian Fascist Régime Caterina Sinibaldi 5. The World is a Confused Pink Sheep: Subversive Uses of Icelandic themes in the Poetry of Þorarinn Eldjárn Olga Holownia 6. Deconstructions of the Japanese Nation State in Uehashi Nahoko’s Moribito (Guardian) series Helen Kilpatrick and Orie Muta 7. "The Ghost Remembers Only What It Wants To": Traumas of Girlhood as a Metonym for the Nation in the South Korean Whispering Corridors (Yeogo goedam) series Sung-Ae Lee and John Stephens III. Nations Before and Within 8. Nation as Home? A New Quest for Taiwanese Aboriginal Literature Irene Ying-Yu Chen 9. Nation-Building in Australia: The Pre-Federation Children’s Novels of Ethel Turner Jan Keane 10. "Our Motherland": Mapping an Identity in Bengali Children’s Literature Gargi Gangopadhyay IV. Empire, Globalization and Cosmopolitan Consciousness 11. Writing and Righting History: Henty’s Nation Laura Jones 12. Empire and Nation in the Life Work of Arthur Mee Kit Kelen 13. International Classic Characters and National Ideologies: Alice and Pinocchio in Greece Petros Panaou and Tasoula Tsilimeni V. Childhood as Nation Imagined – Once Upon a Time to Be 14. Medievalism and Nationhood in Children’s Literature Clare Bradford 15. Set in Stone: Runes, Nation, Childhood Björn Sundmark 16. Post-Fordist Nation: The Economics of Childhood and the New Global Citizenship Abbie E Ventura 17. "I thought I lived in a country where I had rights": Conceptualising Child Citizenship in the Posthuman Era Victoria Flanagan Postscript: Where Children Rule? Kit Kelen and Björn Sundmark

Christopher (Kit) Kelen is Associate Professor at the University of Macau.