The New Cosmic Onion
Quarks and the Nature of the Universe 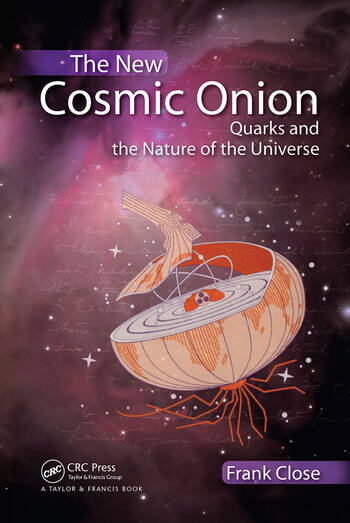 The New Cosmic Onion: Quarks and the Nature of the Universe

Not since Newton’s apple has there been a physics phenomenon as deliciously appealing to the masses as Frank Close’s Cosmic Onion.  Widely embraced by scientists and laypersons alike, the book quickly became an international bestseller. Translated into seven languages, it propelled the author to become a worldwide celebrity as well as an inspiration to a generation of scientists. The book’s title itself has entered popular usage as a metaphor for the layers that can be peeled away to understand the foundations of the physical world, from dimensions and galaxies, to atoms and quarks.

“Close is a lucid, reliable, and enthusiastic guide to the strange and wonderful microcosmic world that dwells deep within reality”
— Frank Wilczek, Herman Feshbach Professor of Physics, MIT, 2004 Nobel Prize in Physics

Keeping still-pertinent contents from the original volume that caught the world’s attention in 1983, this fresh edition of the Cosmic Onion includes extensive new material to reflect new views of the universe. Providing explanations that explore the foundations of 21st Century science and future directions, this work offers ready access and unique perspectives to more typical topics such as the forces of nature, atoms, the nucleus, and nuclear particles.

It also travels down paths that only a true pioneer and educator can venture, such as a discussion of what Professor Close refers to as the Eightfold Way including the findings, surprises, and new questions emerging from the latest work with accelerators.

THE NATURE OF THE UNIVERSE
Inward Bound. The Fly in the Cathedral
ATOMS
THE NUCLEUS
Neutrons and Protons. Radioactivity and Nuclear Fission. Beta Radioactivity and Neutrinos. Nuclear Stability and Where the Elements Came From. Neutrons: When Are They Stable and When Not?
THE FORCES OF NATURE
Gravity and Electromagnetism. Nuclear Forces
NUCLEAR PARTICLES AND THE EIGHTFOLD WAY
Pions. Strange Particles. More Hadrons. The Eightfold Way: ‘A Periodic Table for the Nuclear Particles’
Quarks
Quarks and the Eightfold Way Patterns. An ‘Atomic’ Model of Hadrons. Quarks in the Proton
QUANTUM CHROMODYNAMICS: A THEORY FOR QUARKS
Colour. Colour and Quark Forces. Gluons. Quantum Chromodynamics and Electrodynamics
THE ELECTROWEAK FORCE
History. A New Form of Weak Interaction is Predicted. The Discovery of Neutral Currents. Electromagnetic and Weak Interactions Get Together. Does Electron Scattering Respect Mirror Symmetry? Bosons. Discovery of the W Boson. Conclusions
FROM CHARM TO TOP
The J/cMeson. Charmed Mesons. The J/cSignificance. Charm: A Testbed for Quantum Chromodynamics. How Many Quarks?
THE LEP ERA
Quantum Foresight
CP VIOLATION AND BETA-FACTORIES
CP Symmetry. The Strange Case of the Neutral Kaons. Beta Decays among the Generations. Matter to Antimatter. Appendix 11A: CKM and Bottom
NEUTRINOS
BEYOND THE STANDARD MODEL: GUTS, SUSY AND HIGGS
Coincidences? (Particles, Forces). Supersymmetry. Higgs Boson. Why Is 1 TeV Special?
COSMOLOGY, PARTICLE PHYSICS, AND THE BIG BANG
Dark Energy. Dark Matter. The Universe Today. Five Stages in a Cooling Universe. Light Elements and Neutrinos. Quarksynthesis and the Predominance of Matter. Exodus. Epilogue
Glossary

“… it is correspondingly rewarding to readers who work their way through it. Using diagrams, analogies, and simplified versions of complicated mathematics, the author largely follows the historical order of discovery. … Widely accepted information is explained in terms of widely accepted concepts, and the reader is assured that it comes with no strings attached. … Summing up: Highly recommended .”
— D. Park, emeritus, Williams College, in Choice, Vol. 44, No. 11, July 2007

"There seems little doubt that this version of The New Cosmic Onion will prove just as popular as the 1983 edition and encourage many of today’s students to apply for physics undergraduate courses."

". . . you get a text which is lucid, engaging and accurate . . . Overall what one gets with this text is an excellent accessible introduction to particle physics and quantumchromodynamics (QCD) which will serve both the pre-university and university markets."

“New accelerators are being built that will show how the seeds of matter were created when our universe was less than a billionth of a second old. The discoveries in this century promise to be no less revolutionary than in the last . . . The New Cosmic Onion will provide the explanations that students, opinion formers and intelligent citizens need if they are to understand how science has come to this frontier, and where we think it is headed in the immediate future.”
from the Foreword 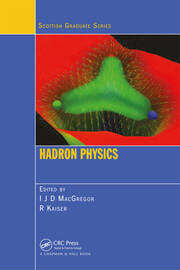