The New Insurgencies
Anti-communist Guerrillas in the Third World 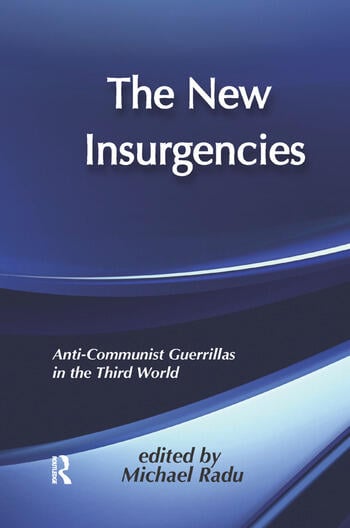 The New Insurgencies: Anti-communist Guerrillas in the Third World

The appearance of ideologically motivated anti-communist insurgent groups in the Third World is an important new phenomenon that has received little serious attention. Analysis has focused on American attitudes, while the indigenous roots and motivations of such groups have remained largely unexplored. Michael Radu fills in the gap in The New Insurgencies, with case studies and contributions from Anthony Arnold, Paul Henze, Justus van de Kroef, and Jack Wheeler.As the authors show, more often than not, Third World anti-communist insurgencies express a general rejection of values and ideologies from outsiders. Many of these insurgencies reflect violent opposition to regimes installed by the Soviets during the 1970s, yet they only rarely articulate a struggle for liberal democracy. Nationalism, religion, or the preservation of traditional political and economic patterns are more often the true motivations. And while insurgents often apply military and occasionally political methods used by successful Marxist-Leninist insurgencies of this century, they tend to be rural based and close to the aspirations of the peasant masses rather than directed by the educated and urbanized elites.The New Insurgencies includes case studies of major anti-communist movements today, including those in Afghanistan, Cambodia, Ethiopia, Mozambique, Angola, and Nicaragua. It shows that in each, the role of local powers such as South Africa, Thailand, and Pakistan rather than direct U.S. support has been critical to the insurgents' effectiveness. In part this may be because the old bipartisan Washington consensus based on anti-communism has evaporated; and Radu explores why this has occurred.Regardless of Washington's support, the new insurgencies are likely to persist. Their impact on U.S., Soviet, and world policy will be profound. The New Insurgencies combines extensive use of firsthand data, including personal knowledge of some of the major personalities involved, with extensive bibliographic information. It is an essential tool for specialists in international relations, military affairs, and U.S. foreign policy, as well as those interested in understanding changes in Soviet domestic and international policy.