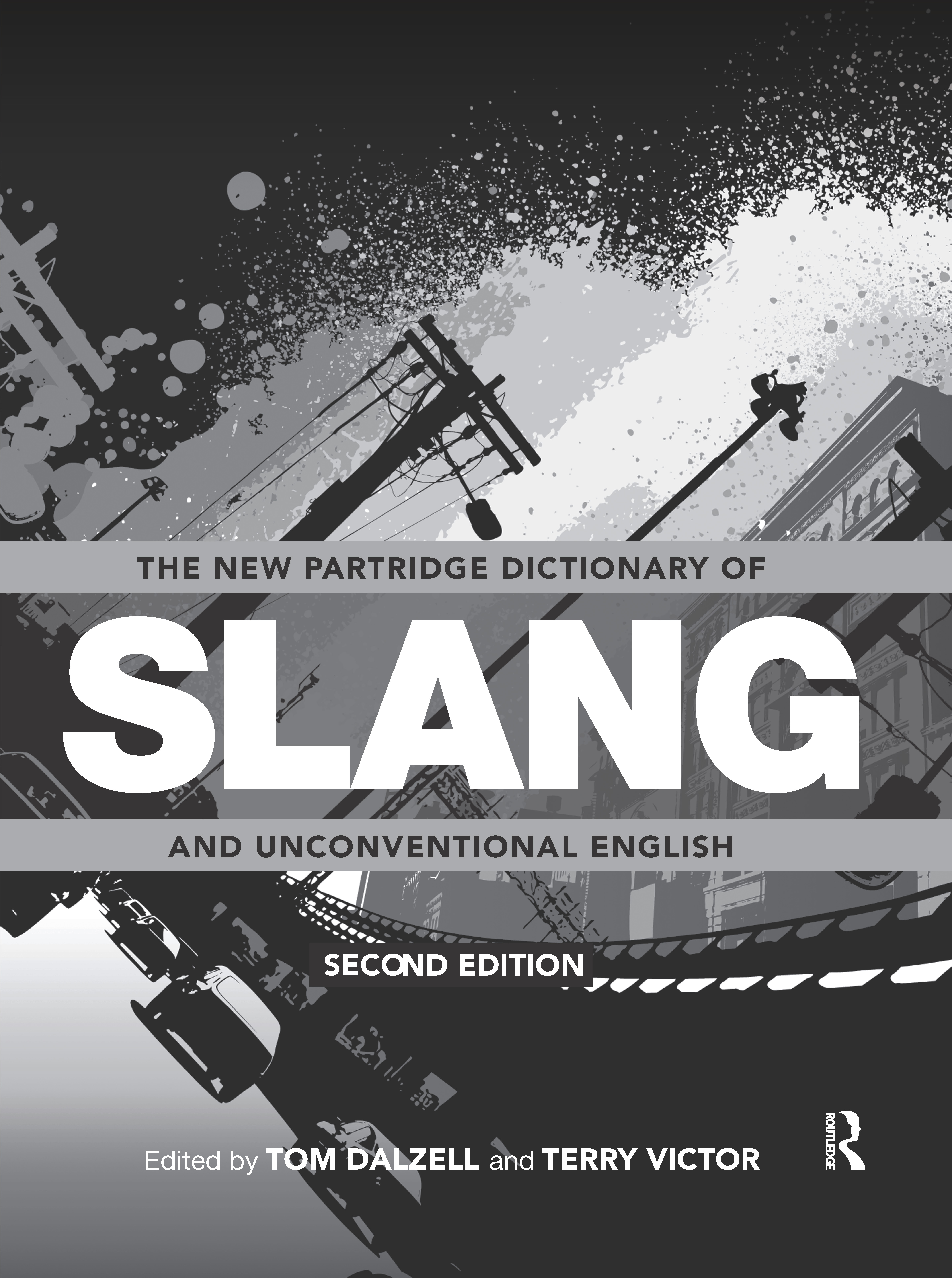 The New Partridge Dictionary of Slang and Unconventional English

Containing over 60,000 entries, this new edition of the authoritative work on slang details the slang and unconventional English of the English-speaking world since 1945, and through the first decade of the new millennium, with the same thorough, intense, and lively scholarship that characterized Partridge's own work.

Unique, exciting and, at times, hilariously shocking, key features include:

The New Partridge Dictionary of Slang and Unconventional English is a spectacular resource infused with humour and learning – it’s rude, it’s delightful, and it’s a prize for anyone with a love of language.

In addition to this hard back two volume set, The New Partridge Dictionary of Slang and Unconventional English will also be the first slang dictionary available on-line, giving readers unprecedented access to the rich world of slang. For details, including hardback plus on-line bundle offers, please visit www.partridgeslangonline.com

'A veritable Madame Tussaud’s of the vulgar language. It is a really epoch-making, monumental piece of work, carried out with astonishing industry and learning.' – New Statesman

'Most slang dictionaries are no better than momgrams or a rub of the brush, put together by shmegegges looking to make some moola. [The New Partridge Dictionary of Slang and Unconventional English]is the wee babes. At more than 2,000 pages it's mondo and pretty authoritative, including entries not only from the United Kingdom and America but also from Australia, New Zealand, India and the Caribbean. Who's the daddy?!' – Guardian

'One of the many benefits of owning the two-volume New Partridge Dictionary of Slang and Unconventional English, is that you can dip in just about anywhere and enjoy the exuberant, endless display of human inventiveness with language.' – BOOKFORUM

'The grandfather of twentieth-century slang books' The New Yorker, May 14, 2012

Praise for the second edition:

'The Partridge canon is certainly a well-used reference work here at the British Library: invaluable in documenting developments in English slang while supporting the day-to-day curatorial activity of describing, transcribing and interpreting the Library's sound recordings of vernacular speech. Linguistic researchers and devotees of the English Language will, I suspect, appreciate greatly the developments in context and presentation in this latest edition of the dictionary… I am sure the Partridge brand will continue to evolve and be rightly revered for years to come.' - English Today

Tom Dalzell is a lawyer who moonlights in an extremely serious way as a slang collector and author. Recognized as the leading expert on American slang, his most recent publications include Damn the Man: Slang of the Oppressed (2011) and Far Out Depends on Where You’re Standing (2012).

Terry Victor is not only a slang collector but also an actor, broadcaster, writer and director. He has written (and acted in) more Murders on the Orient Express than Agatha Christie. Since the 1st edition of this book he has notably appeared in a BAFTA-winning movie and Punchdrunk’s acclaimed immersive theatre, and authored two stage plays: No Offence (2008), and Fragments of Ash "… a supremely intelligent and very important piece of theatre." Informed Edinburgh (2011). A Dictionary of Anglophone Rhyming Slangs is due to be published in 2013.

In addition to this hard back two volume set, The New Partridge Dictionary of Slang and Unconventional English will also be the first slang dictionary available on-line, giving readers unprecedented access to the rich world of slang. For details, including hardback plus on-line bundle offers, please visit http://www.partridgeslangonline.com/howtobuy.aspx?page=howtobuy